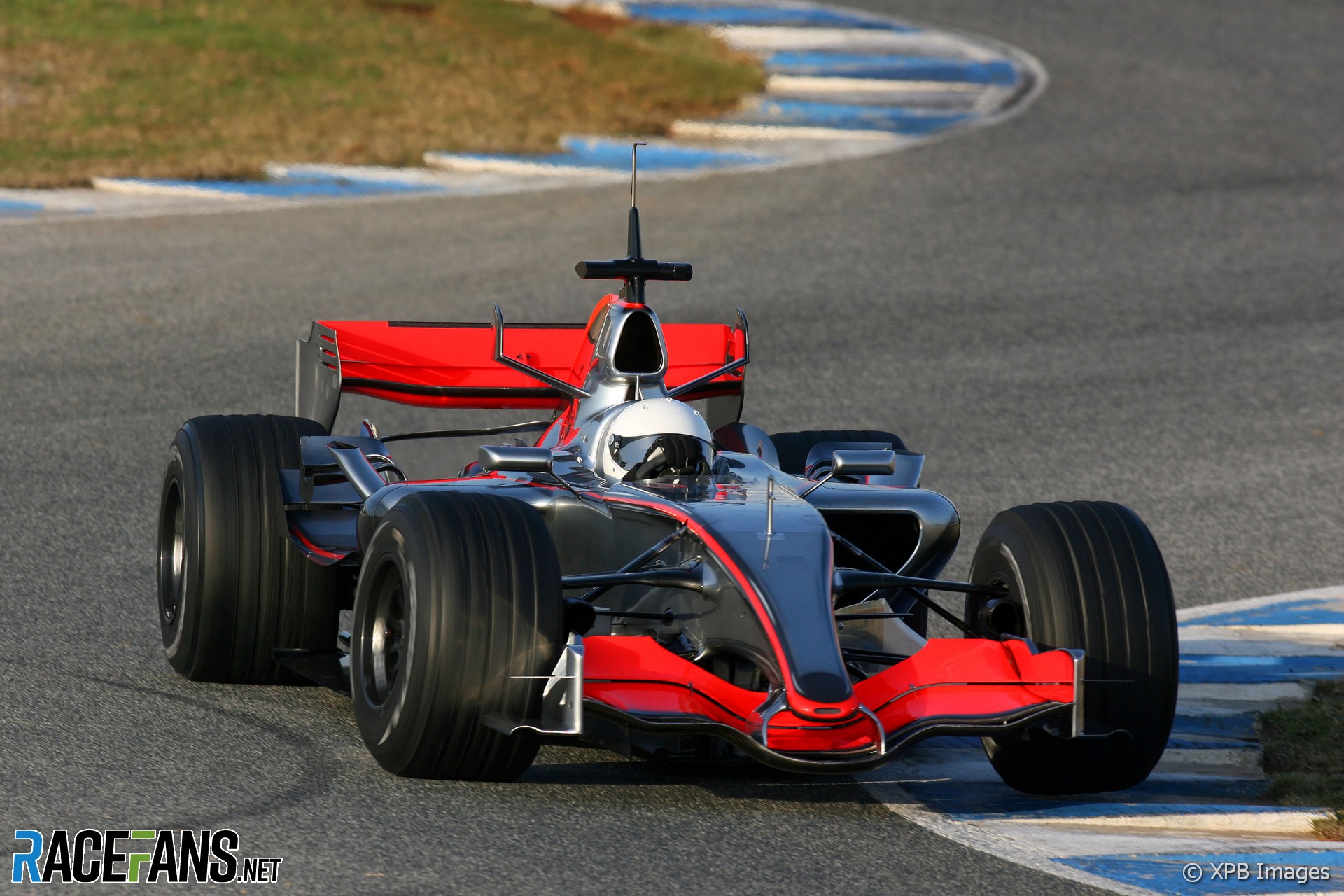 In the F1 headlines this week the grandson of an F1 legend gets his first test in a Formula 1 car, the Brazilian Grand Prix organisers win a prize for the easiest job in the world, and the pressure piles on Giancarlo Fisichella.

Read on for more.

IRL: Andretti for Honda test – IRL racer Marco Andretti, grandson of 1978 champion Mario, tested for the Honda F1 team today. It’s inconceivable that this young driver won’t break into F1 at some time soon: he’s young (19), he’s got talent (second in his first Indy 500), American and has one of the most evocative surnames in motor sport.

You can bet your bottom dollar that puppetmaster Mr Bernard Ecclestone is pulling strings to bring the young Andretti into F1 soon. Just as he did with Jacques Villeneuve…

Meanwhile at Jerez Fernando Alonso tested a McLaren for the first time. As the world champion switched from Renault to join the team, he wore plain overalls and drove an unstickered MP4-21.

Bio-fuels to take F1 into green age – The Guardian suggest that bio-fuels could play a part in the future of Formula One. It would make sense – from next year British Formula Ford could be racing on the corn-derived sustainable fuel.

Awards to FOM and Brazil GP promoters – The Brazilian Grand Prix organisers won an award at the FIA Gala for their promotion of the Brazilian Grand Prix. That would be the final race of the season that decided both championships, was the final race of F1 legend Mick Schumacher and saw the first home race for Felipe Massa as a Ferrari driver. Seriously, how hard can it have been to promote that?

Also FOM won the award for best television coverage, for the Chinese Grand Prix. Surely this is an award that deserves a corresponding booby prize for worst TV coverage? In which case I nominate the Japanese Grand Prix broadcasters, who cut away from Fernando Alonso’s crucial pass on Ralf Schumacher to show us Jarno Trulli in the pits…

Now or never for Fisichella to deliver drivers’ title – There is enormous pressure on Giancarlo Fisichella to perform last year after two years of humiliation at the hands of Fernando Alonso. Renault’s technical director Bob Bell spelt it out for him.

On the Move – Lastly, The Sunday Times has a first-rate interview with new British F1 racer Lewis Hamilton.