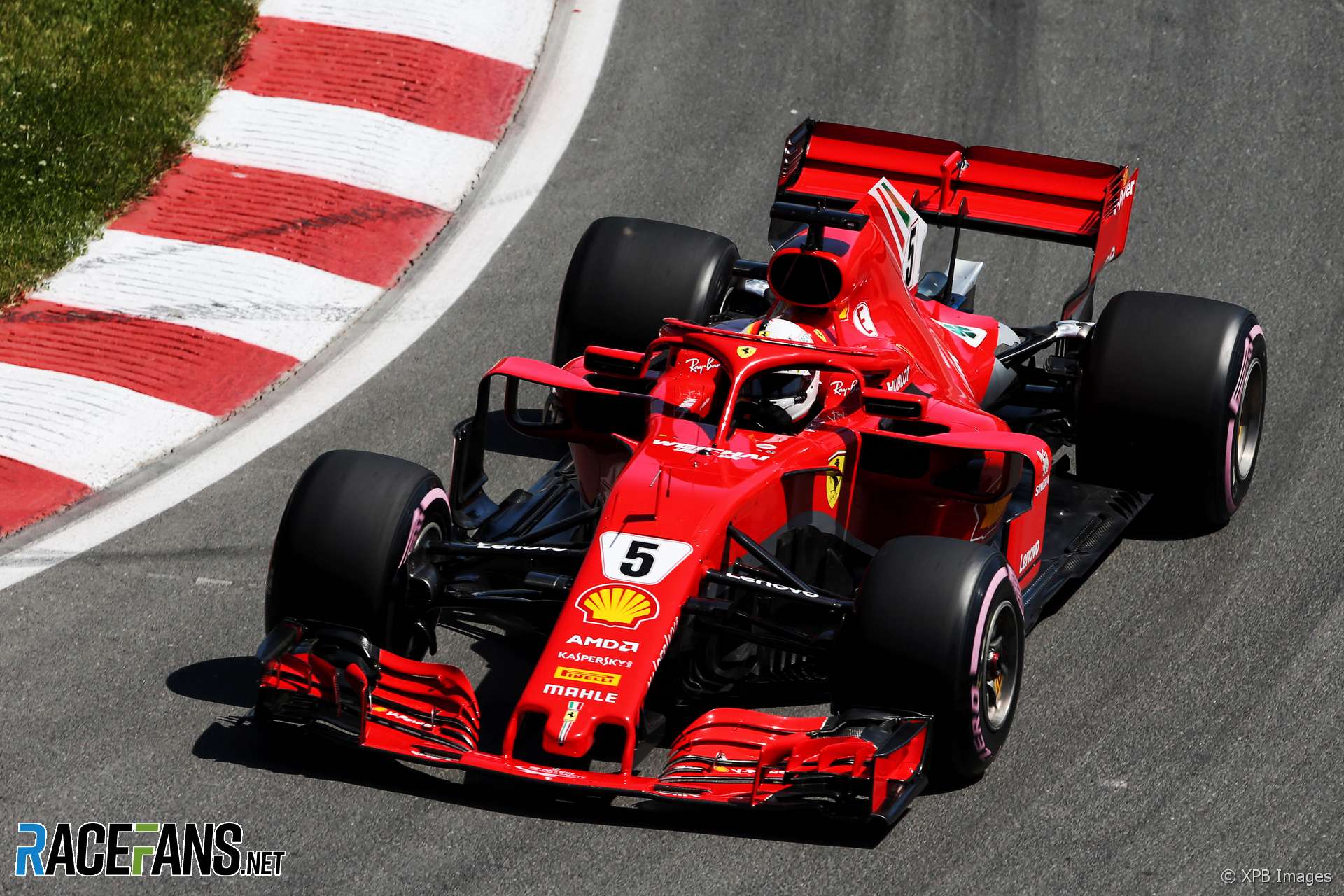 Sebastian Vettel dominated proceedings in Canada, taking a lights-to flag victory which moves him back into the lead of the championship by a single point.

He was followed home by Valtteri Bottas and Max Verstappen, who had lined up second and third on the grid. Bottas was over seven seconds behind the Ferrari when the race ended, with Verstappen bearing down on him.

Daniel Ricciardo moved up to fourth by jumping ahead of Lewis Hamilton when they pitted. Hamilton, who reported a loss of power from his seven-race-old Mercedes power unit early in the race, gave chase but was unable to reclaim his lost position. Kimi Raikkonen followed them home, the last driver on the lead lap.

The Renault pair finished ‘best of the rest’ after Nico Hulkenberg and Carlos Sainz Jnr leapfrogged Esteban Ocon through the pit stops. Ocon’s team mate Sergio Perez was left indignant after banging wheels with Sainz and skidding off at turn one after the restart. The stewards took no action over the restart.

Perez’s misfortune was temporarily Fernando Alonso’s gain, as he was able to thread his McLaren past the Force India and Kevin Magnussen’s Haas. But he was doomed not to finish his 300th race weekend participation as an exhaust failure put him out.

Charles Leclerc claimed the final point despite a braking problem on his Sauber. Pierre Gasly came from the back row to finish 11th ahead of the Haas pair, Romain Grosjean leading Kevin Magnussen.

The result of the race was taken based on the 68th lap because the chequered flag was waved one lap early in error.