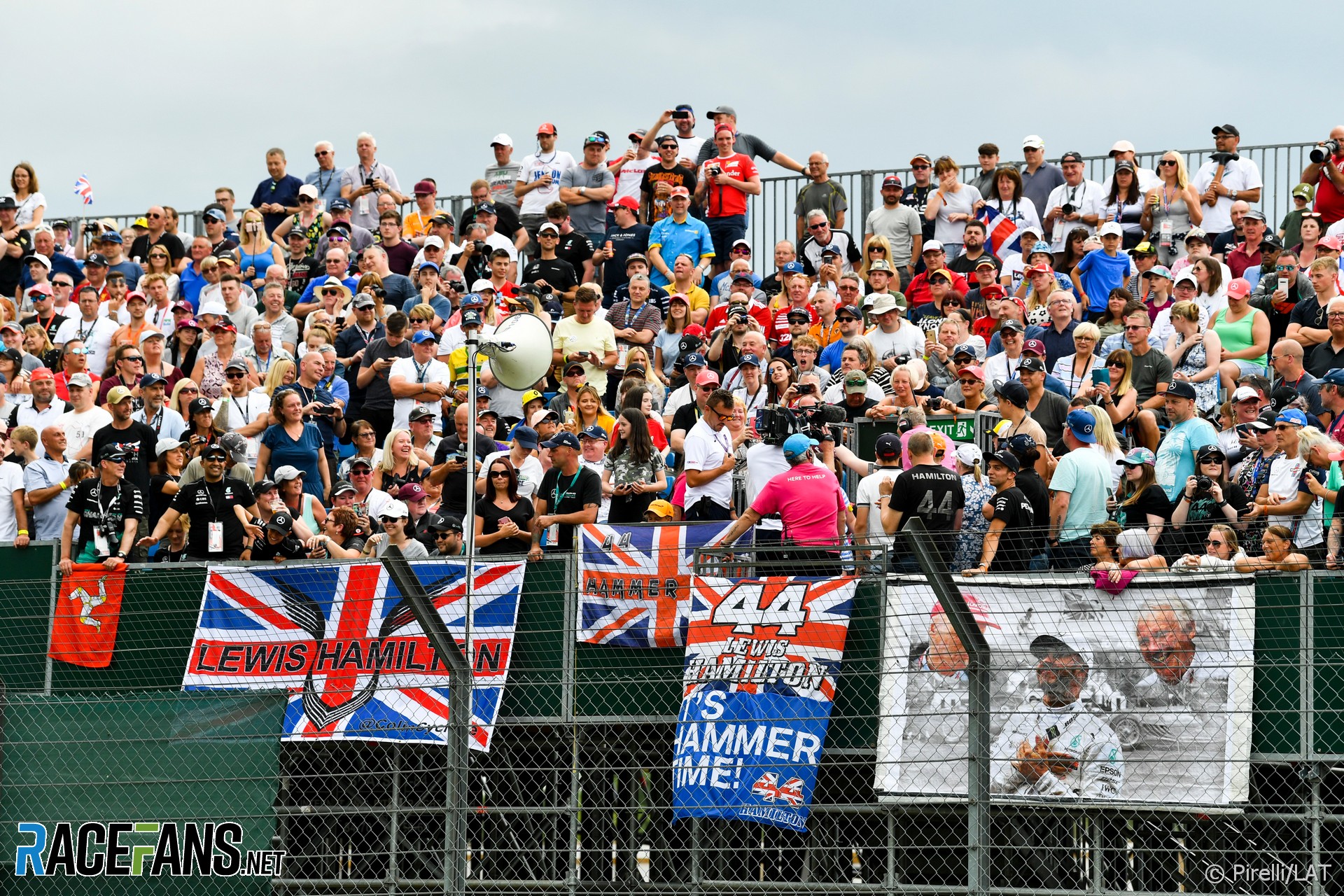 As many as seven rounds on the 2021 Formula 1 calendar are aiming to have full attendance at their rounds of the world championship, RaceFans understands.

Circuits are weighing up how many fans they can safely admit as vaccination rates rise and governments ease restrictions on travel. Vaccinated and ‘Covid-recovered’ fans were allowed into the season-opening race in Bahrain, but this weekend’s Emilia-Romagna Grand Prix will take place behind closed doors.

Last week Silverstone joined other British sports promoters in calling on the government to implement so-called vaccine passports, in order to allow full attendance of its grand prix on July 18th.

Six later races are also targeting full attendance. These include the subsequent two rounds in Hungary and the Netherlands, the latter having accepted a later date than last year’s cancelled race in the hope of being able to admit spectators. A fourth European venue, Monza in Italy, is also aiming to admit a full crowd.

While question marks remain over the plans of several venues in the final third of the championship, three are understood to be pursuing full attendance. These are the rounds in Russia, the United States and Brazil. The latter two countries have seen the most Covid-19 deaths of any country, over 550,000 and 350,000 respectively, and while the US death rate is falling Brazil’s continues to climb.

Prior to the British Grand Prix, Portugal and Spain have already indicated their races will be open to limited numbers of fans, while Azerbaijan’s round will be held behind closed doors. Monaco and France are also planning to welcome limited numbers of fans. Capacity at the latter will be limited to 15,000 per day, which will be divided into three zones of 5,000.

“At this moment we are optimistic about the organisation of the grand prix with this configuration,” said the promoter of the Paul Ricard race in a statement. “We are also ready for other scenarios.”