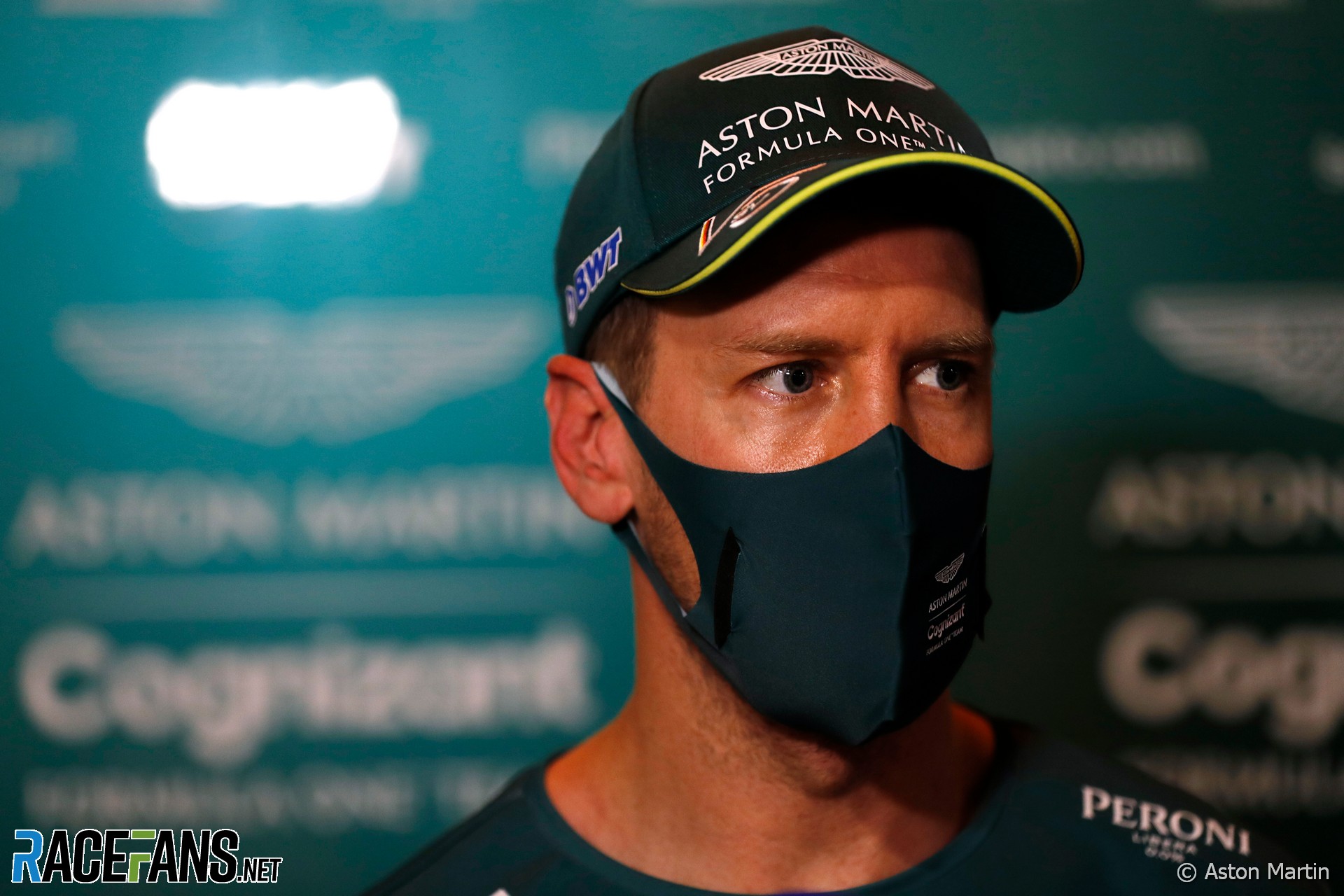 The driver who partnered Sebastian Vettel while he was at the height of his powers at Red Bull says the coming races will be “crucial” for him to reverse his recent downturn in form.

Mark Webber was Vettel’s team mate at Red Bull from 2009 to 2013, during which time the four-times world champion won each of his titles. But Vettel was unable to replicate that success during his subsequent spell at Ferrari, and following a poor 2020 campaign has joined Aston Martin for this season.

Speaking to RaceFans in an exclusive interview, Webber said he believes the extent of Vettel’s plight at Ferrari was only hinted at by footage of the tense atmosphere at the team in the recent Netflix series Drive to Survive.

“It’s really, really hard to know how all this has happened,” said Webber. “But I think it’s pretty clear – I’ve watched a bit of the Drive To Survive and you know [that] if that’s what’s coming out, the inside of Ferrari must have been quite challenging for him.

“So he was looking for a change of scenery. But we’re always measured on what we’re doing in the car.”

Vettel endured a tough first weekend with his new team in Bahrain, collecting five penalty points and colliding with Esteban Ocon on his way to 15th place. Webber suspects Vettel has found a more comfortable environment at Aston Martin but questioned whether it will bring him the success he craves.

“I think he’d be happier at Aston Martin – certainly be happier there Monday to Friday. But what’s the stopwatch doing? That’s the biggest barometer and he knows that better than anyone.

“Because it doesn’t matter what your name is or your trophy cabinet has been, every year in Formula 1 you’ve got to deliver and he knows that as well. So the next six or seven races are going to be crucial for him.”

“He’s an extremely old dog in terms of new tricks now,” Webber added, “and that’s something which, again, a lot of it’s on Seb’s watch. So it’s a lot down to him.

“I think there’ll be no lack of enthusiasm in the new team to try and muster up what they can. But I just think a lot of it’s down to Seb in terms of getting to these next few events and the stopwatch can just stop a lot of this rot and that’s what he’s just going to be craving for as soon as possible.”

Vettel drove for Ferrari between 2015 and 2020. Webber came close to signing for the team before his retirement at the end of 2013.

“I don’t regret not going there,” he said. “I think the passion, that’s the biggest thing, it’s that Italian fans, somehow it’s a drug for you, that you would love to go and represent them and drive [for] them.

“To have success with them, it must be like no other team in the world. It’s like an old, stately home. Red Bull have had a great success, but that’s a ‘new build’.

“Ferrari have been around forever and to have your name etched in their history, if you have big results with them, is special. But I don’t know how sentimental they are.”