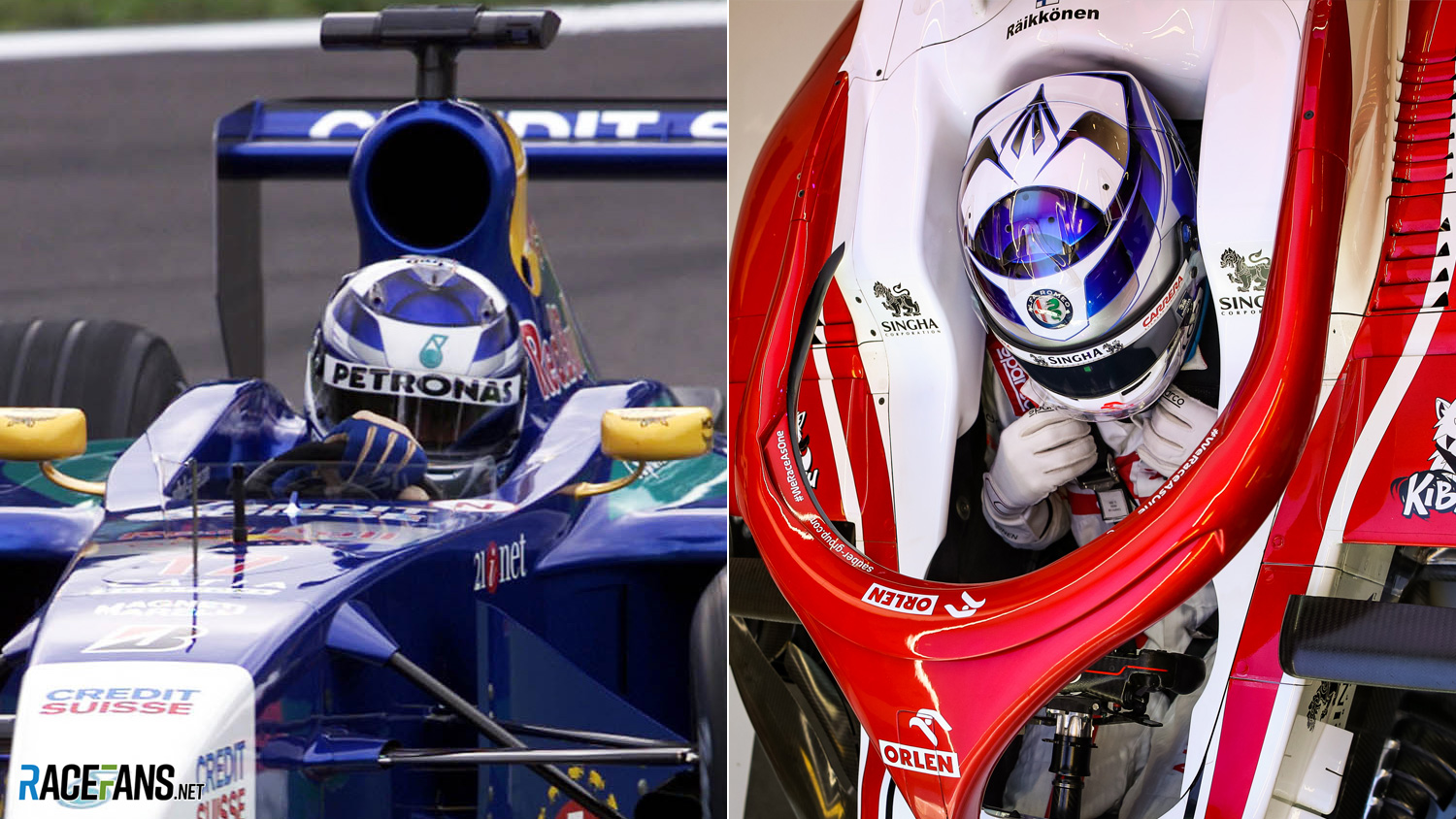 More than half the Formula 1 grid are celebrating the end of the season – or the end of their time with their teams – by adopting special helmet designs this weekend.

Valtteri Bottas is celebrating his 101st and final grand prix as a Mercedes driver with a special helmet for the Abu Dhabi Grand Prix. The design features a series of snapshots of memorable moments throughout Bottas’s five seasons racing for the team he could secure a clean sweep of five constructors’ championships with this weekend.

McLaren are ending the 2021 season with their second special livery of the year and Lando Norris will complement it with this striking zigzag design featuring a colourful, iridescent effect.

Charles Leclerc’s Abu Dhabi Grand Prix helmet encapsulates the theme of ‘repetition’ for the final race weekend of the season. Designed by Leclerc’s friend, artist Fred Allard, the helmet features motifs such as Leclerc’s name, the Ferrari prancing horse symbol and the word ‘love’ repeated multiple times throughout the design.

With the Abu Dhabi Grand Prix starting in the twilight and ending under a night’s sky, illuminated by floodlights, Carlos Sainz Jnr’s special helmet for the final round of the season has a glow-in-the-dark quality to it.

Sebastian Vettel has become increasingly outspoken about environmental and social issues that he is passionate about in 2021. As he as often done this season, Vettel wears his beliefs on his helmet design again this weekend, with his white helmet emblazoned with a series of phrases promoting awareness of LGBTQ+ rights, climate change, sustainability and more.

The final grand prix for Honda as a factory power unit supplier in the V6 turbo era could be the one where they win one or both of the world championships. To honour their seven seasons back in F1, the only Japanese driver on the grid, Yuki Tsunoda, has this special tribute helmet design marking the four separate eras that Honda has been involved as an engine supplier in the sport.

At the end of Formula 1’s longest career in terms of race participations, Kimi Raikkonen will don a helmet for the 349th and final grand prix start. He will do so with this retro design, inspired by his first helmet used on his debut with the team then known as Sauber back in 2001, sporting the colours of the Finnish flag.

On what will be his final race for Alfa Romeo and possibly his own last ever grand prix, Antonio Giovinazzi is paying tribute to his world championship winning team mate by running a design inspired by Raikkonen’s triumphant 2007 season with Ferrari. It features a special message of ‘thanks Kimi’ along the top.

This weekend marks George Russell’s final race for Williams before his move to Mercedes next season. Russell’s team pay their respects to the departing driver with personal messages of thanks and well-wishes from mechanics and team members to the driver.

Nikita Mazepin looks to end his rookie season in F1 in style by adopting this opulent gold and red scheme on his helmet for this weekend.

At the end of a long and difficult season for the Haas team, Mick Schumacher is showing his appreciation for every member of his team this weekend. Schumacher’s helmet will feature a series of stars – reminiscent of those on the American flag the team races under – with each star representing a member of the Haas team.

With this grand prix being the final to take place under Jean Todt’s FIA presidency before he reaches the end of his third and final term in the position, all 20 drivers who will line up on Sunday’s grid have signed a special helmet tribute to pay their respects to the departing Todt.