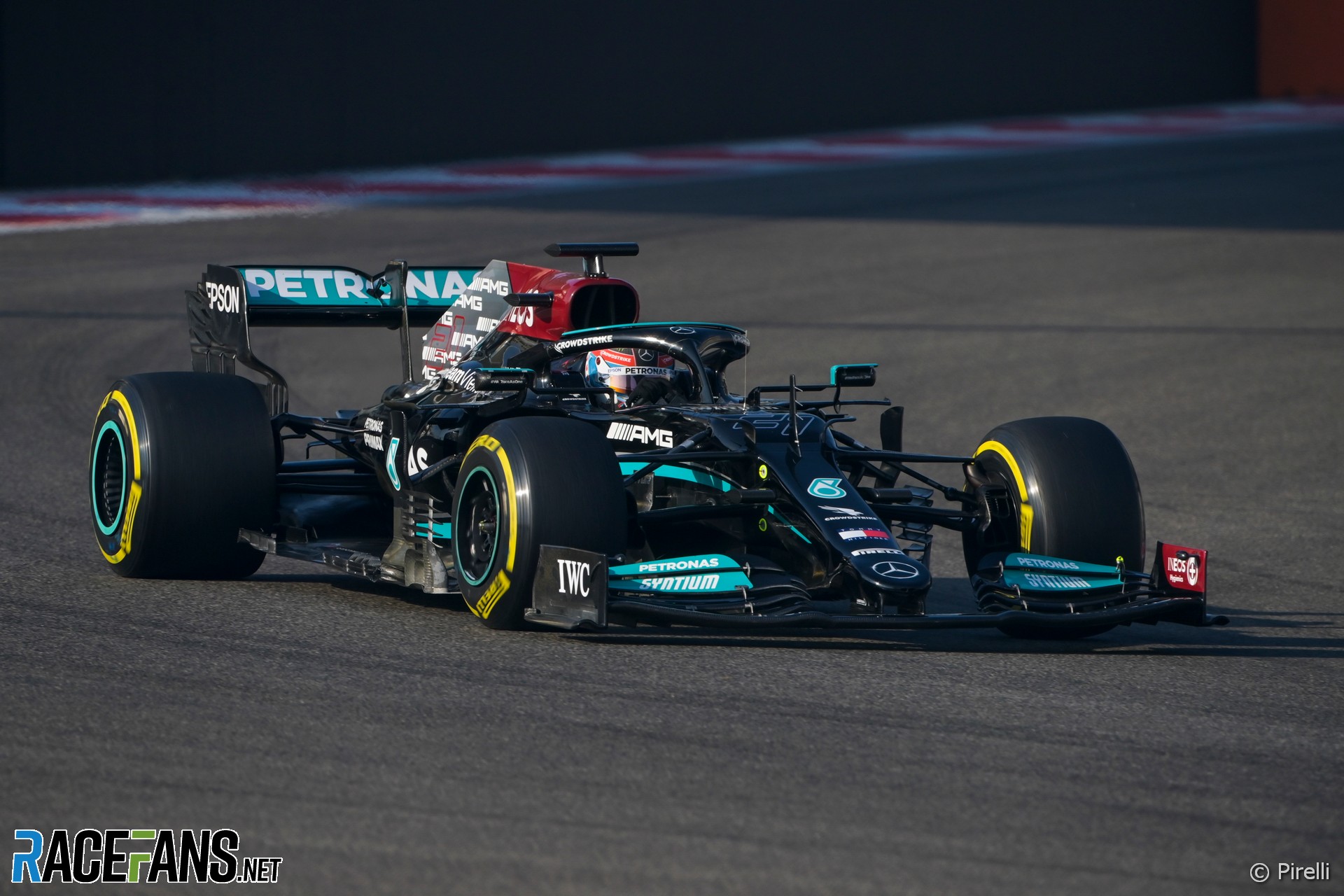 De Vries led Formula 2 driver Liam Lawson, in the 2021 AlphaTauri car, by more than a second. Oscar Piastri, driving for Alpine and Patricio O’Ward, for McLaren, were both within a tenth of Lawson’s time.

Two separate tests took place simultaneously: One for existing Formula 1 drivers to test next year’s 18-inch Pirelli tyres using mule cars and one for young drivers to get an opportunity in the 2021 F1 machines still fitted with this year’s rubber. One team, Williams, opted not to run a mule car – only test and development driver Logan Sargeant going out in a 2021 car to get his young driver mileage opportunity.

Valtteri Bottas, still contracted to Mercedes until 2022, was permitted to run the tyre test for Alfa Romeo. Likewise, George Russell was released by Williams to drive both days of the Pirelli tyre test for Mercedes.

There was one red flag period during the morning running, caused by Daniel Ricciardo stopping out on track in the McLaren mule car. He rejoined the test once it resumed and ended up quickest of the drivers running 18-inch tyres.

Logan Sargeant called a second red flag period during the second half of testing, his car stopping on track. The only significant collision was Juri Vips, who spun into a barrier during his running in the 2021 Red Bull car.

This article will be updated