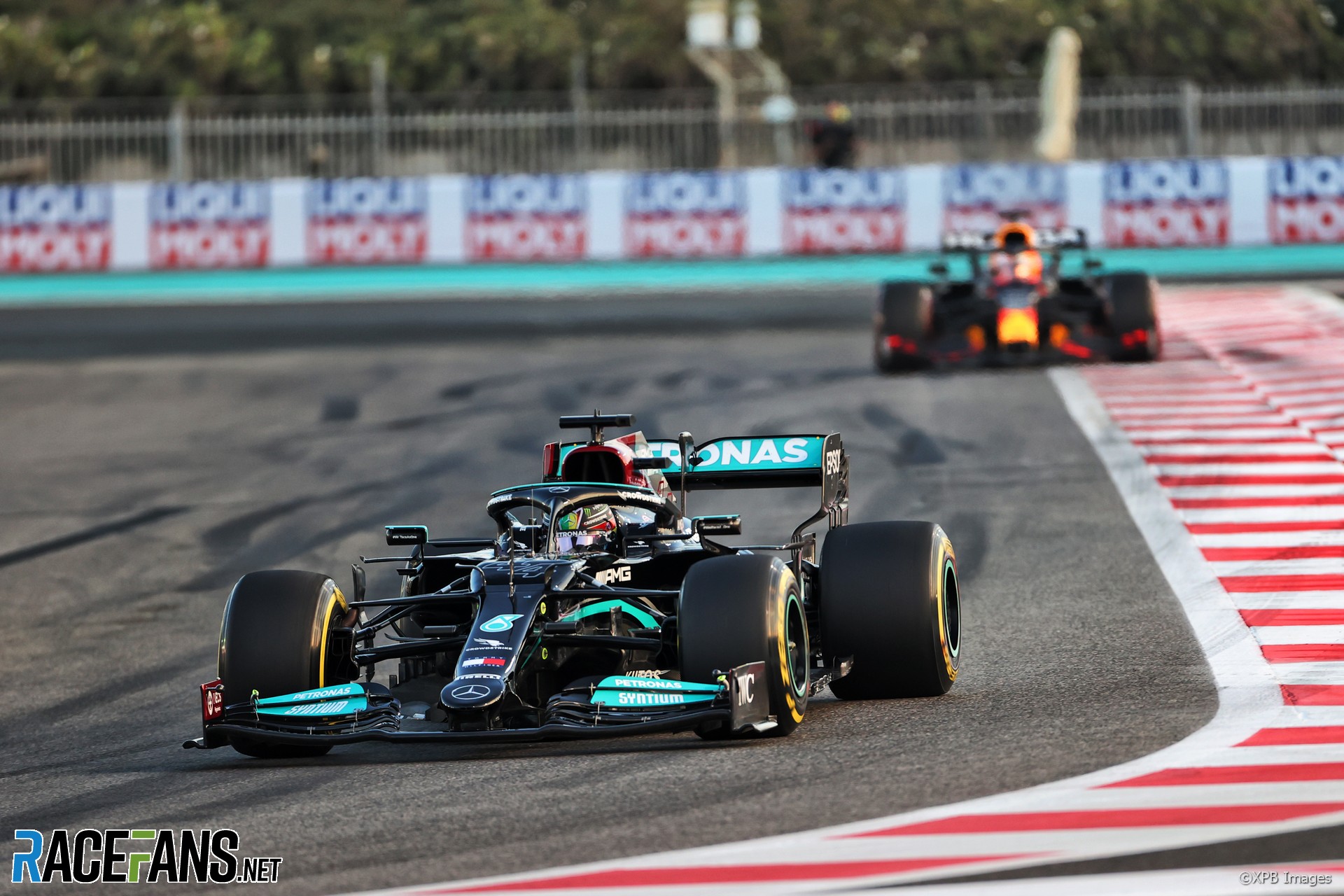 Mercedes would have a compelling case if they submit an appeal over the Abu Dhabi Grand Prix controversy, an expert in sports law has told RaceFans.

The team is considering whether to appeal after the stewards rejected its protest over the restart of the race on Sunday. Mercedes claimed the sport’s regulations were not followed correctly when the race was restarted at short notice, and after only five of the eight lapped cars had been allowed to un-lap themselves.

The controversy in Abu Dhabi has left the outcome of the title-deciding race of the 2021 season in doubt for two days. Lewis Hamilton lost the world championship to Max Verstappen when he was overtaken by his rival on the final lap after the restart.

Under the FIA’s rules, Mercedes have a 96-hour window to commit to submitting an appeal, around half of which has passed. Following a controversial season the team arrived in Abu Dhabi prepared for a legal wrangle, having enlisted the services of Paul Harris QC. He previously represented the team in 2013 when they appeared before an FIA tribunal over a Pirelli tyre test, and in July last year successfully represented Manchester City in a hearing of the Court of Arbitration for Sport over alleged breaches of UEFA’s club licensing and financial fair play regulations.

Nicholas Bamber, an associate in regulatory and commercial dispute resolution at Penningtons Manches Cooper LLP, believes Mercedes have good grounds to challenge the decision to reject their protest.

“Race director Michael Masi and the stewards’ interpretation of the FIA’s 2021 Sporting Regulations has been called into question by racing drivers, pundits and legal commentators alike,” he told RaceFans.

“In response to Mercedes’ protest, they concluded that article 15.3 gives the race director carte blanche to control the use of the safety car and overrides the procedure for the safety car stipulated at Article 48.12.

“This interpretation seems – on its face – to be inconsistent with a plain language view of the regulations. It also directly contradicts Michael Masi’s approach in similar circumstances at the 2020 Eifel Grand Prix where he stated ‘There is a requirement in the sporting regulations to wave all the lapped cars past’ [emphasis added] before the safety car returns to the pit lane and the race recommences ‘therefore the safety car period was a bit longer than what we would have normally wanted’ – i.e. the race director cannot overrule the appropriate application of the regulations, including the full application of article 48.12.”

This could be considered a breach of the International Sporting Code, said Bamber. “Article 1.1.1 of the 2021 FIA International Sporting Code makes clear that the regulations are to be enforced ‘based on the fundamental principles of safety and sporting fairness’ [emphasis added]. Part of sporting fairness revolves around consistency of application of the rules of the sport. As such, there appears to be a good legal basis upon which Mercedes could seek to appeal.”

If the matter was to go to an International Court of Appeal hearing, Bamber believes this apparent inconsistency could prove challenging to justify.

“In addition to repeating the reasoning set out in the stewards’ decision, the FIA would likely argue that any ambiguity in the regulations should be resolved in favour of Masi’s decision-making made in real-time, under the pressure of ensuring the race was completed safely and competitively – relying upon the sports law doctrine of respective ‘field of play’ decisions,” he said.

“Again, given the inconsistency in the application of the decision-making during the race itself, and against the same circumstances in prior races, this seems an unconvincing argument.”

As the field circulated behind the safety car at the end of the race Masi had a narrowing window of opportunity within which to organise a restart. He was also receiving communications from the two teams contesting the championship – Mercedes and Red Bull – the latter urging him to resume the race in order to give Verstappen a chance to pass Hamilton.

Bamber pointed out communication of this kind is highly unusual in professional sport. “Whilst a relatively recent move to make the FIA radio communications between teams and race director has proven popular with the F1 audience from an entertainment perspective, it has also highlighted the volume and questionable nature of communications sent mid-race by the teams,” he said.

“It is extremely unusual, if not unique, in a sporting context for team representatives to have a direct line to the officials in the middle of a contest. In sport it is extremely important for officials not to be inappropriately influenced, and this raises questions about the regulation of those communications going forward.

“In rugby we have seen a lengthy ban handed out to South Africa’s director of rugby for ‘egregious’ offences during the British and Irish Lions’ tour of South Africa, including his role in releasing a video criticising match officials’ performance. World Rugby’s independent committee found that his conduct had a ‘corrosive effect on the game more widely, as well as the viewing public and press’.”

Don't miss anything new from RaceFans