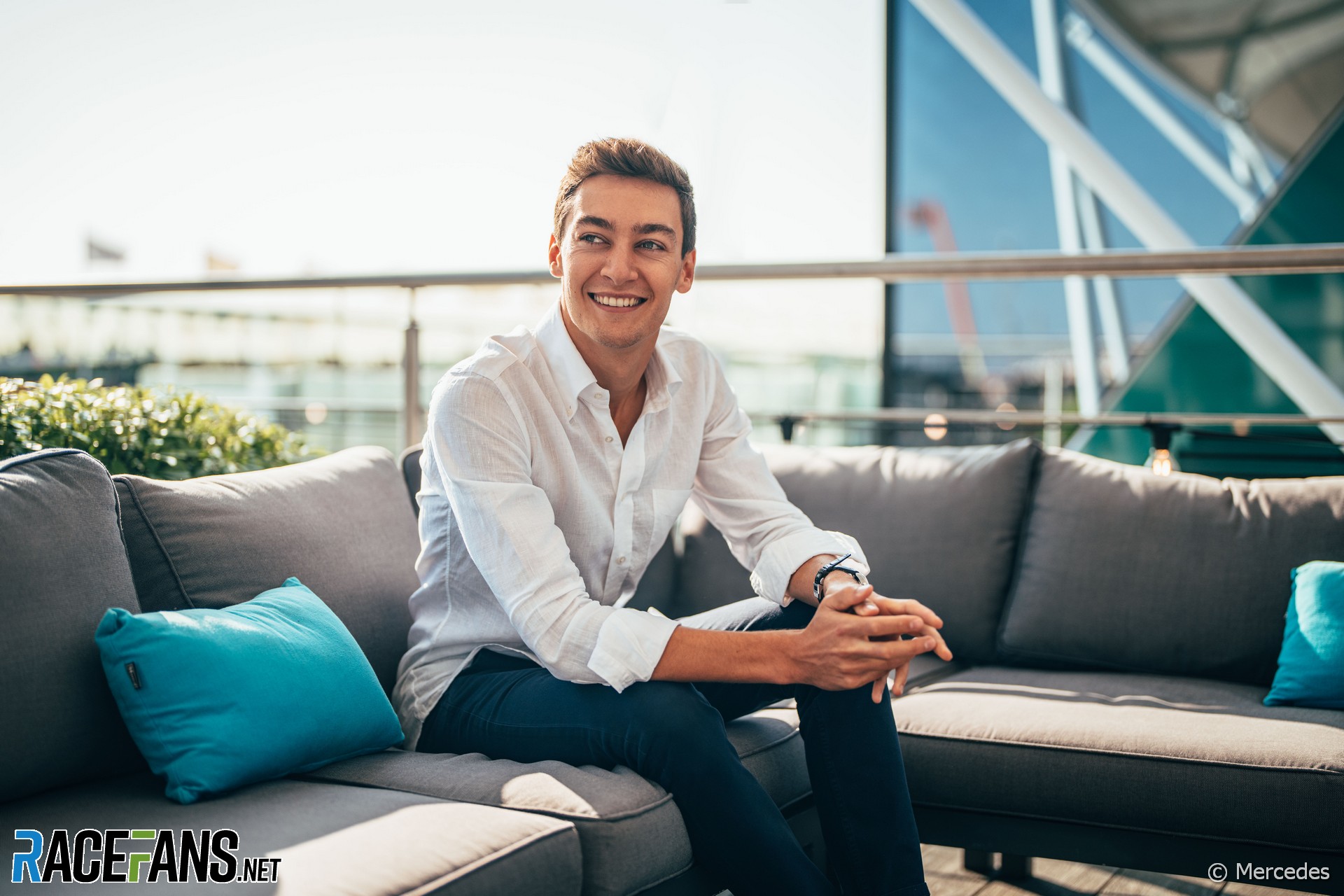 In the round-up: George Russell says he feels he is “returning home” after joining Mercedes, and the team is eager to come back fighting after their disappointing end to 2021.

New Mercedes F1 driver Russell says that racing for the team in the 2022 season “feels like returning home”.

Russell was promoted from Williams to the second race seat at the Mercedes factory team after spending many seasons as a Mercedes junior driver, receiving support from the team along his route to Formula 1.

Now he is racing for the team alongside Lewis Hamilton, Russell says he was able to quickly adjust to his new surroundings.

“It’s an incredibly special feeling to be an official Mercedes driver and a bit of a strange feeling at the same time, having spent so much time there when I was in Formula 3 and Formula 2 as a junior driver,” Russell said. “In a way, it feels like returning home to people who I’ve known for such a long time and getting up to speed with how the team operates again, which is something I’ve really enjoyed.

“Because I spent so much time with the team prior to joining Williams in Formula 1 as a junior driver, I feel like I know everybody so well already, so we were just straight to business on the important bits and bobs to understand the new car, to understand the challenges and to try and prepare as best as possible for the season ahead.

“And I think, following the conclusion of last year, there’s so much motivation and fire within the whole factory to bounce back, and that is incredible for me to see.”

Maximilian Guenther expects that the heat in Mexico City could play a major factor in today’s Formula E race.

After the opening two races of the season took place in cool conditions under the lights in Saudi Arabia, Guenther says that drivers and teams will have to be mindful of their rear tyre temperatures during the Mexico City E-Prix.

“The amount of management that we do in these kinds of races where it’s hotter and where there’s a lot of tyre energy like on this track – very quick corners, Tarmac quite demanding for the tyres – you have to manage a lot of energy, but as well the tyres quite a lot,” explained Guenther.

“So the rear tyres with the higher power is definitely a key factor for having a good race. Already in season six with less standard power, it was a challenge. So I’m expecting even more here on Saturday.”

Cohen joins Jenzer from Carlin for second season in F3

Ido Cohen will contest his second Formula 3 campaign with Jenzer after the team announced the 20-year-old as its first driver for the upcoming season.

Cohen raced for Carlin in last year’s championship, but failed to record a single points finish.

Mercedes’ programme designed to increase the number of workers from under-represented groups for at the team has exceeded its target over the first year of implementation.

The ‘Accelerate 25’ programme is an initiative started by Mercedes at the end of 2020 with a view to hire more team members who are women or from minority ethnic backgrounds over the five years leading to the end of 2025.

After the first 12 months of implementation, Mercedes announced that the team had exceeded the programme’s target of 25% of new starters with the team coming from under-represented backgrounds. In 2021, 38% of new starters on permanent or fixed-term contracts with Mercedes came from these recognised minority groups.

The impact of the first year of the programme has seen the proportion of Mercedes employees who are women rise from 12% to 14%, while the proportion of team members who are of minority ethnic backgrounds has doubled from 3% to 6%.

Getting a first look at the #AMR22 out on track. 👀#WeClimbTogether pic.twitter.com/LGQQ2VkoqV

A message from the boss. Thank you, McLaren fans. 🧡 pic.twitter.com/ApAT2zCLhS

The future is here !!

The team has been making tremendous progress on our upcoming rain system. Tech Art Director @KCombs sent me this neat shot today of a pair of Formula Vees racing at a just-rained-on Imola. pic.twitter.com/w9ZOd7td6F

If you're wondering why I'm Tweeting and Instaging so much its cos I got COVID and am stuck inside!!! Damn this stupid damn stupid tiny thing. Maybe its smarter than all of us though? Seems to be doing its own thing #f1 #COVID19

"It is phenomenal how many parts there are. If you take a standard M4 bolt – a part you might have on your washing machine – we use hundreds of them in components as important as brake ducts, bodywork, to items like drivers drinks and complex heat exchangers. Taking a look through our bill of materials, I’d approximate around 43,000!”"

"Software giant Oracle's title sponsorship agreement with the Red Bull Formula 1 team is worth about $300 million over five years, according to sources familiar with the deal."

"It would be great to get to the duels stage! It’s a great idea and head-to-head is always going to be exciting. This is what Formula E is all about – trying to create different, interesting ways of going racing."

"NASCAR’s top drivers have once again unified to form an independent council to gain a collective voice in decisions that affect the sport. The board is comprised of seven members that represent teams from the front and back of the Cup series starting grid. Each board member will serve as a representative to a smaller group of drivers."

"I am thrilled to be back with Prema in a completely different championship to what I’m used to. Endurance racing is a discipline I have always had an interest in, and what better way to make my debut than with a team that I consider to be like family. It will be a busy season for me with a double F3 / ELMS program but I can’t wait to get started!"

We always endeavour to credit original sources. If you have a tip for a link relating to single-seater motorsport to feature in the next RaceFans round-up please send it in via the contact form.

With Lando Norris having signed a contract extension with McLaren, committing to the team for better or worse until at least the end of the 2025 season, @ferrox-glideh thinks Norris is giving himself the best possible chance of success:

Norris may have just pulled a very clever move by committing to McLaren like he has. This loyalty has been a feature of his career style in F1 to date (sponsors take notice!), and he has basically doubled down on a good bet.

He currently seems to be more interested in excelling in his sport than earning the bigger big bucks. By locking down a long term contract he doesn’t have to face the very real anxiety about job security that most drivers on the grid deal with every season (including much more experienced hands).

All of these drivers are now physically peak athletes, so it is the mental game which will decide future contests. He has taken control of his immediate future, and even if McLaren don’t immediately build a winning car, he is assured a certain stability. Norris’s well-timed move (going with the formula change) will probably be mirrored too late by his peers in the coming years, including Daniel Ricciardo.

Of course, it is still too soon to tell how this will ultimately pan out, but still: interesting times!
@Ferrox-glideh

On this day in motorsport

12 comments on “Russell: Mercedes motivated to “bounce back” after Hamilton’s title loss”