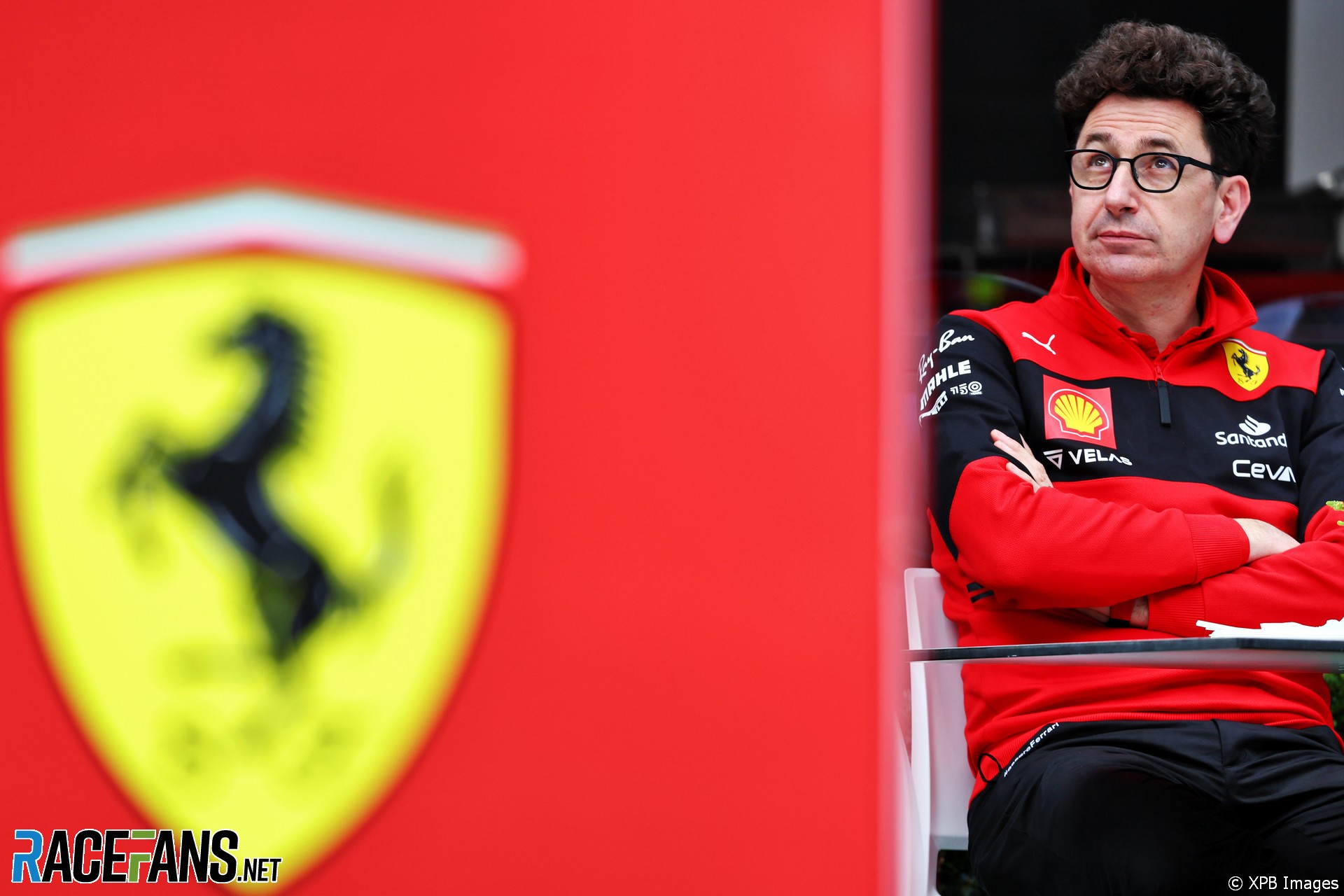 The Formula 1 Commission will meet in London today to discuss, among other points, whether to increase the number of sprint races next year to six.

The championship held its first of three sprint races last weekend. Its attempt to increase the number of sprints to six this year were blocked by teams on cost grounds.

The sprint format divided opinion when it was introduced last year. An F1 poll found 40% of fans (two in five) agreed sprint races had “improved the show” while 34% (more than one in three) disagreed.

Ferrari team principal Mattia Binotto is an enthusiast for the format and intends to support it at today’s meeting in London, which starts at 11am local time.

“It is in the agenda, so we have the intention to raise the numbers to six events with the sprint race,” he said in response to a question from RaceFans. “As Ferrari we are in favour I have to say because we believe that overall it will give in the future good opportunities and better opportunities for the show and for the revenues. So I think it’s right to support.”

F1 motorsport director Ross Brawn has said he hopes to win support of a simple majority at the commission the increase to six sprint races. This means getting 25 out of 30 votes. As 20 of those votes are held by FIA and FOM, and the remaining 10 divided equally among the teams, at least five of the teams must support the proposal for it to go ahead.

Sprint races bring potentially higher costs for teams due to the increased risk of damage compared to a practice session. However Binotto is satisfied with the exceptions which are permitted for such damage under the budget cap.

“In terms of costs, I think it has been discussed,” he said. “We know in terms of budget cap, allowances, revenues, what may be worthwhile.”

Since the season began, several teams have raised further concerns over costs owing to the high rate of inflation. Brawn agrees this goes beyond what was envisaged when the budget cap rules were formulated. It will also be discussed at the meeting today.

“I think the inflationary increase needs to be reviewed because when these rules were developed, inflation was relatively low and predictable,” he said. “Now it’s high and unpredictable.

“If you look at the inflation rates that apply to industrial enterprises like Formula 1 teams, you’ve got power, you’ve got raw materials, you’ve got all the things which are proving to be quite expensive at the moment. So I think there’s a solution coming on that.”