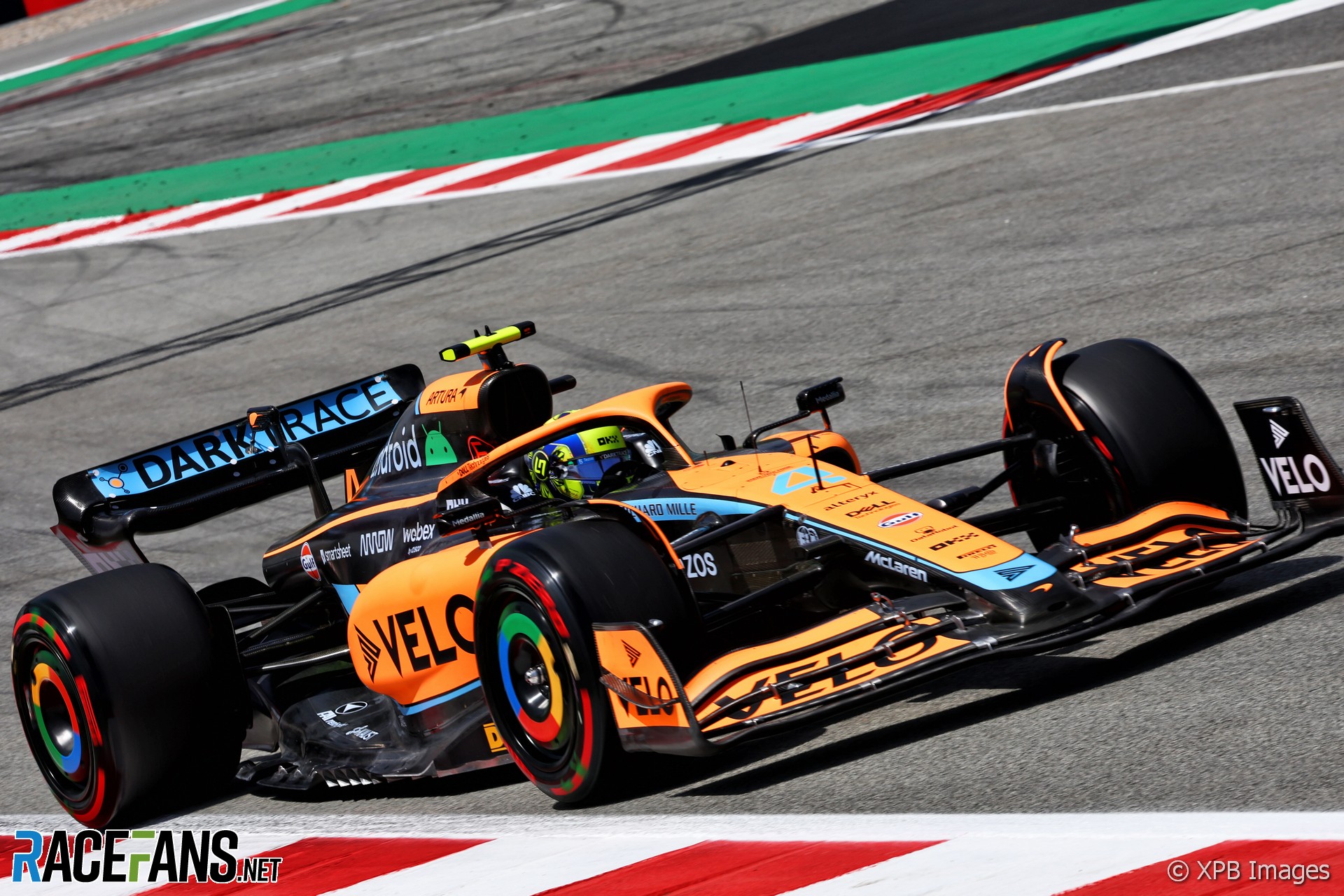 Formula 1 must find a way to adjust the budget cap due to the sharp increase in costs teams have faced since the beginning of the year, says McLaren’s Andreas Seidl.

McLaren have long supported the budget cap which was introduced last year. Each team is limited to spending a maximum of $140 million this year, plus an additional allowance for extra races, and with certain types of expenditure excluded.

However severe rises in energy and transportation costs since the season began will making it extremely difficult not to exceed the limit, says Seidl.

“It is clear for us sticking to the cost cap is an absolute necessity for the sport,” he said. “It’s not a secret that we were pushing quite a lot for introducing this budget cap and also pushing towards the numbers we are having now.

“At the same time I think it’s important that if exceptional circumstances arise like the ones we have this year – if you just look at our utility bills and we look at the unbelievable increase of freight costs – that it must be possible to have a discussion between all the teams together with the FIA in order to find fair solutions.”

At this point in the year, teams have committed to so much of their expenditure that they are running out of opportunities to save money to reach the cap limit, said Seidl.

“We are in the middle of the season now, everyone has prepared for the season in order to somehow run at the cap and with these exceptional circumstances and these rises it’s pretty much impossible to still stick to the cap.

“That’s why I think it’s just fair to discuss solutions between all teams. And that means, from our point of view, it would be fair to increase the cap maybe linked to these specific costs that have increased significantly.”

The additional costs teams are facing run to “several millions”, said Seidl, “”because that’s the increase we see in freight costs, for example.”

F1 announced last week it had decided not to replace the Russian Grand Prix, which was cancelled in September. This has positives and negatives: Teams will incur lower freight costs but F1 will miss an opportunity to create more income as the total number of races has fallen.

It also means the budget cap will be reduced further. “By losing a race now the cap goes down by $1.2 million,” Seidl confirmed. “At the same time, you also save costs by not going to that race. So I wouldn’t say that’s the biggest point of discussion at the moment.”

Seidl said he supported F1’s decision not to replace the Sochi round. “In principle we are committed to do these 23 races this year and we have lined up everything in the team in order to do it. But of course, not doing a race now at this specific weekend and doing one less is definitely something which is quite welcome by everyone within the team in terms of the burden we put on our people.

“In the end it was a decision F1 had to make – after being clear that we don’t go to Russia, which was the right decision – to see if it makes sense to do another race. This is something that they studied in detail and in the end they came to their conclusion which is the right compromise when you look at the financials, but also in terms of the logistics, and so we are happy with that.”

The cost cap was set at $145 million when it was introduced last year and was due to fall to $135 million by 2023. Beyond that teams had discussed how to adjust it for future rises in inflation, said Seidl, which may offer a solution to the problem they face now.

“One of the points that got looked into at the moment is what’s actually the right mechanism to adjust the cap based on inflation. There was a mechanism defined two years ago when the regulations were done which would have been in place from ’24 onwards. That’s part of the review at the moment: Is that the right mechanism or can we actually improve it to better react to what’s going on in the world?”

However Seidl believes teams whose budgets are well beneath the cap will oppose any relaxation in the limit.

“That’s why you have the different positions, which is normal for Formula 1, it’s part of the game. Each of the teams is very opportunistic. But that’s part of the competition we are in and that’s why it’s important that you have a strong FIA in Formula 1 on topics like that to steer it in the right direction in the best interest of the entire paddock and the sport.”

Asked whether he believes a solution can be found, Seidl laughed: “It’s the Formula 1 paddock so it is very unlikely!”

“But I still hope,” he added. “I think we have shown in the past in recent years that whenever there was something which just made sense most of the time we found common sense solutions steered by Formula 1 or FIA. So I’m still hopeful with the FIA steering this topic that we’ll find a good solution.”