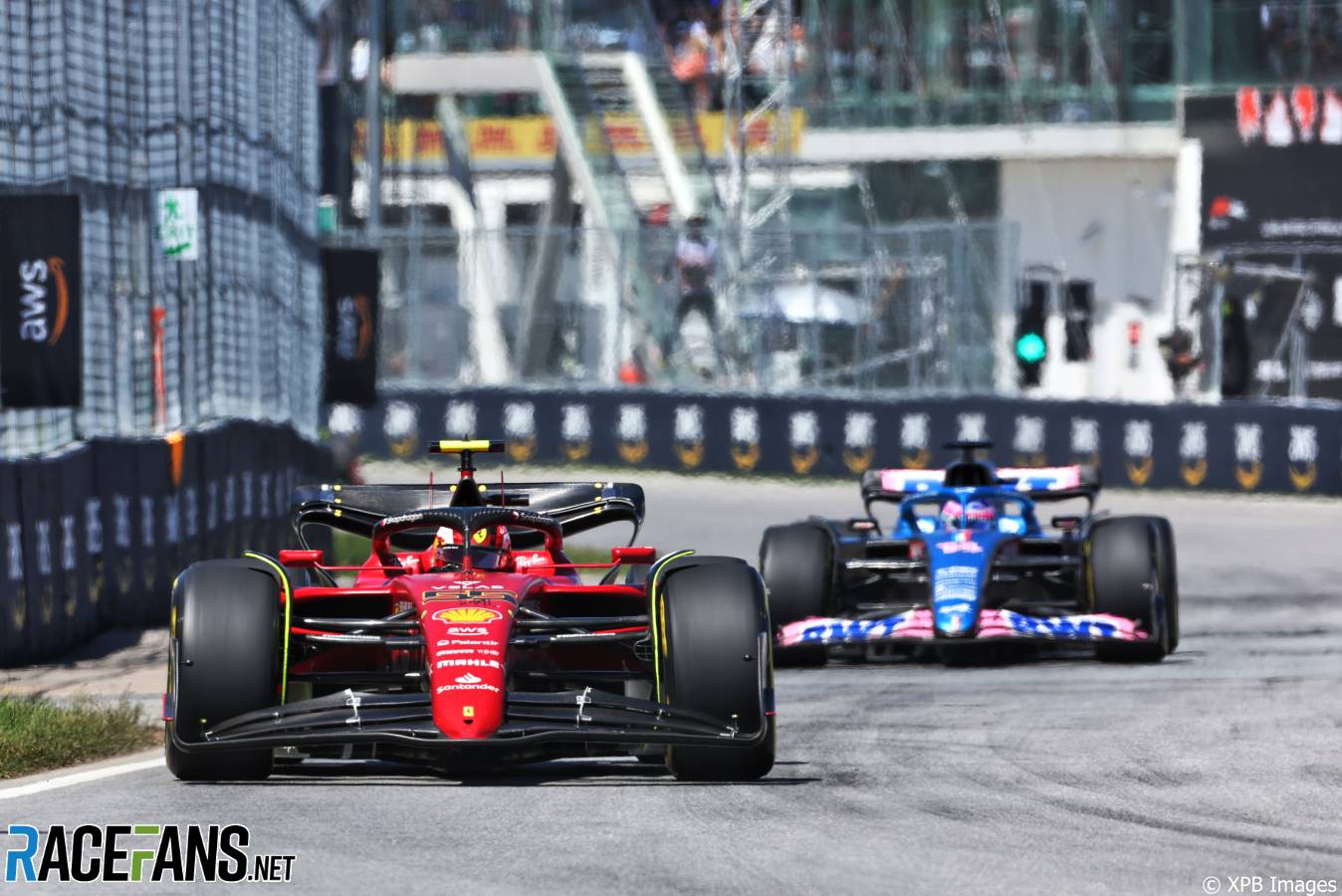 Carlos Sainz Jnr’s performance in the Canadian Grand Prix showed he has found the confidence he lacked at the start of the season and is now a contender for wins, says Ferrari team principal Mattia Binotto.

The Ferrari driver suffered a series of spins and incident at the beginning of the year in Melbourne, Imola and Miami. Sainz admitted he was not entirely comfortable in the F1-75, which has a more nervous handling balance at the rear than its predecessor.

However he delivered his strongest performance of the season so far in Canada last weekend, chasing Max Verstappen for victory at the Circuit Gilles Villeneuve.

“Carlos is gaining confidence with the car, he is driving faster and faster,” Binotto told RaceFans and other media following the Canadian Grand Prix. “It’s good to see that he certainly was as fast if not slightly faster than Max.”

Last weekend’s race was the fifth time in his career Sainz has finished second, though he is yet to score a win in F1. Binotto said he drove “a very good race” and is on course to take his breakthrough triumph.

“I think race by race he is gaining confidence, improving his driving and being faster and faster,” he enthused. “He is happy, he is more relaxed.

“I’m pretty sure that he will prove in the next races now that he is a contender as well for the win on a single race. So I’m happy the way he drove and it’s important for us as the Scuderia that we can count on him as well, to know that he can be very fast and be a strong racer on a Sunday.”

Sainz qualifying third on the grid in Canada. He admitted to making a mistake at the final corner on his final lap in Q3, which allowed Fernando Alonso to beat him to a front row place alongside Verstappen.

Binotto said it shows the team need to be at the top of their game to beat the Red Bull driver. “To win with such a close fight with Red Bull and Max you need to be perfect in the entire weekend.

“If anything, maybe the quali was not a perfect quali from Carlos. That cost him a bit, maybe.”