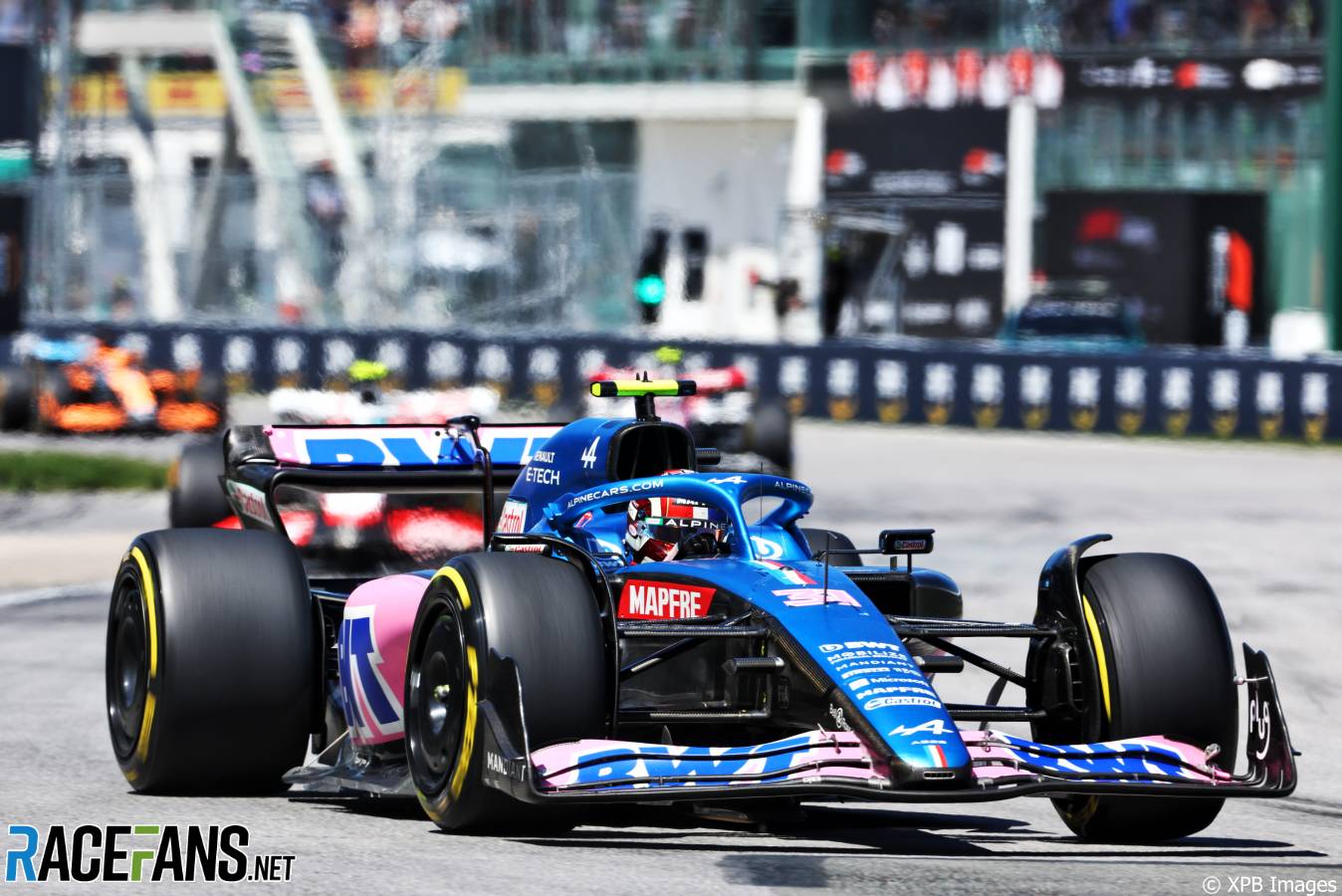 Esteban Ocon expects Alpine will make a significant step forward when the team introduces its next upgrade package at the British Grand Prix.

“We have quite a bit of our upgrades normally coming so that should be a good step for us,” he told RaceFans and other media after the Canadian Grand Prix. “So yeah, big hopes.

“It’s going to be a big week starting from Tuesday for us in Silverstone. So a lot of work going ahead and hopefully we can go for well because we’re hoping the car is where it should be.”

He said the progress Alpine has made with its development plan has been “very encouraging” to see. “The team is pushing forward a lot and getting the upgrades earlier than what they were planned and it’s delivering, it’s going in the right direction.

“Since the beginning of the year, we have improved more than a lot of other teams. So we can satisfied and it’s going in the right direction.”

However he admitted the A522 is not competitive enough yet for them to be able to fight Mercedes.

“I got overtaken by both of them today so we’re still a long way off,” he said. “But that’s the aim, yes, they are the next on the list.”

Team principal Otmar Szafnauer said he was pleased with how the team’s car performed in Canada compared to the rivals they expect to be able to compete with.