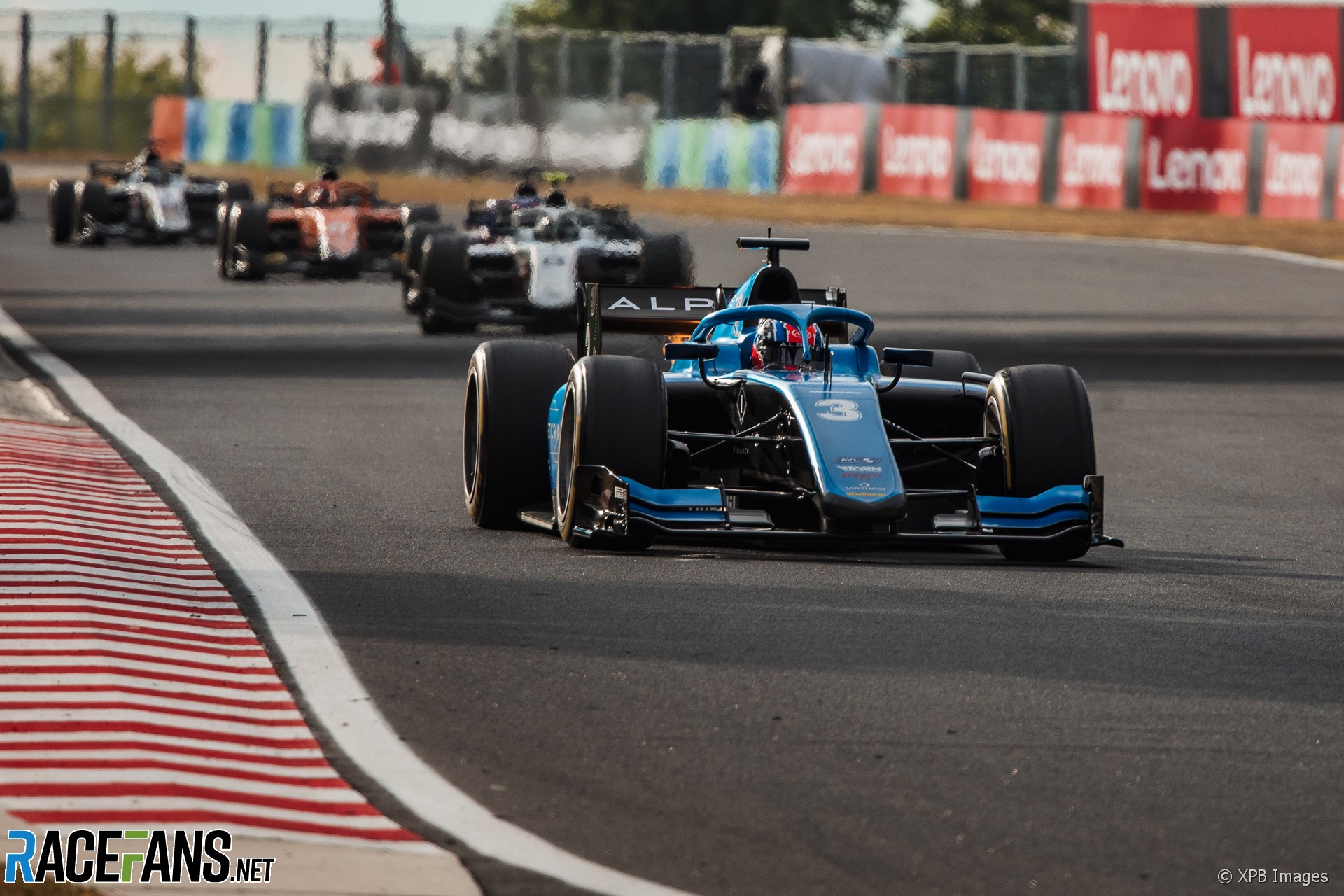 Doohan started the race on partially-reversed-grid pole, with Enzo Fittipaldi alongside him on the front row. Dennis Hauger and Frederick Vesti started third and fourth but a messy start for Hauger immediately changed the order.

Fittipaldi got ahead of Doohan into turn one, while Hauger slipped down the order, eaten up by the pack and Logan Sargeant found himself caught in a start collision that ended his race before it had got further than a few metres.

Doohan managed to reclaim first when Fittipaldi ran wide at turn two, just in time for a Safety Car to be called for Sargeant and Hauger’s stricken cars to be retrieved. Jüri Vips was the other driver to make big gains at the start, snatching second place before the race was neutralised from fifth on the grid.

The race restarted on lap four and Doohan left Vips to the threat of Fittipaldi, speeding away to a second’s worth of lead. Jehan Daruvala also made the most of the restart, managing to move from 12th to sixth in just a few laps.

Clement Novalak and Roy Nissany clashed at turn two and both pitted with damage, putting them more than a lap down from the other 20 drivers still running. Novalak was handed a ten second time penalty for being deemed responsible for the collision.

Doohan crossed the line with a comfortable lead, Vips having resisted Fittipaldi to keep second place. Felipe Drugovich extended his championship lead with a fourth-place finish, Sargeant having scored no points with his retirement and Theo Pourchaire crossing the line ninth. Olli Caldwell scored his second points finish in F2, completing the top ten.