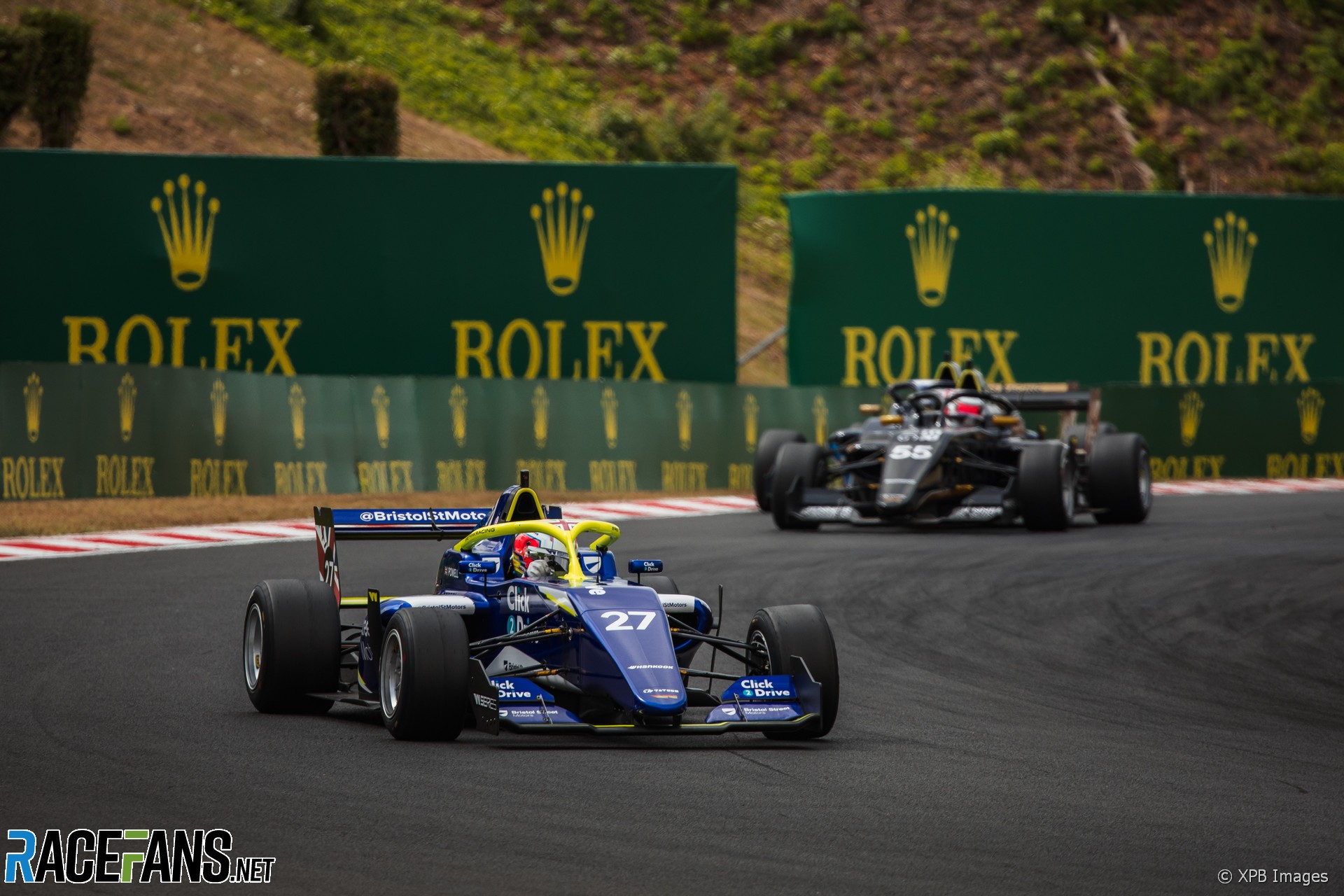 Alice Powell ended Jamie Chadwick’s remarkable eight race W Series wins streak and became the only driver other than the championship leader to win a race in 2022.

Powell had taken her first pole of the season by narrowly beating Beitske Visser. Nerea Marti and Marta Garcia started on the second row, with the top two drivers in the standings, Jamie Chadwick and Abbi Pulling, in fifth and sixth.

Heavy rain meant that the race started behind the Safety Car. Nerea Marti skidded off track, taking out an advertising board and rejoining in fourth, behind Garcia.

When the Safety Car came in for a rolling start, Powell got away with the lead before Marti went off track again and lost places to Chadwick and Pulling. By turn three, things only got worse for Marti after she spun and dropping to dead last.

Chadwick passed Garcia for third with 19 minutes to go, driving clean around her and immediately closing in to less than a second of from Powell. Ten minutes later she made a move around turn one for second, demoting Visser.

Emma Kimilainen made contact with Jess Hawkins, spinning her around on track and causing Kimilainen to retire from the race. Bianca Bustamante also retired after running wide and damaging her car, prompting a Safety Car period.

The Safety Car came in with five minutes remaining and Powell held the lead on the restart. Chadwick drew within four tenths of a second of her with one minute remaining but, ultimately, Powell managed to extend the lap to three quarters of a second and see the chequered flag first. Visser completed the podium, her second time on the podium this season.

A post-race investigation was announced by the stewards over an incident involving overtaking under the Safety Car between Scuderia W team mates Sarah Moore and Abbie Eaton.

Chadwick’s second-place finish extends her lead over Pulling in the standings, while Powell’s win moves her from sixth to third in the championship.