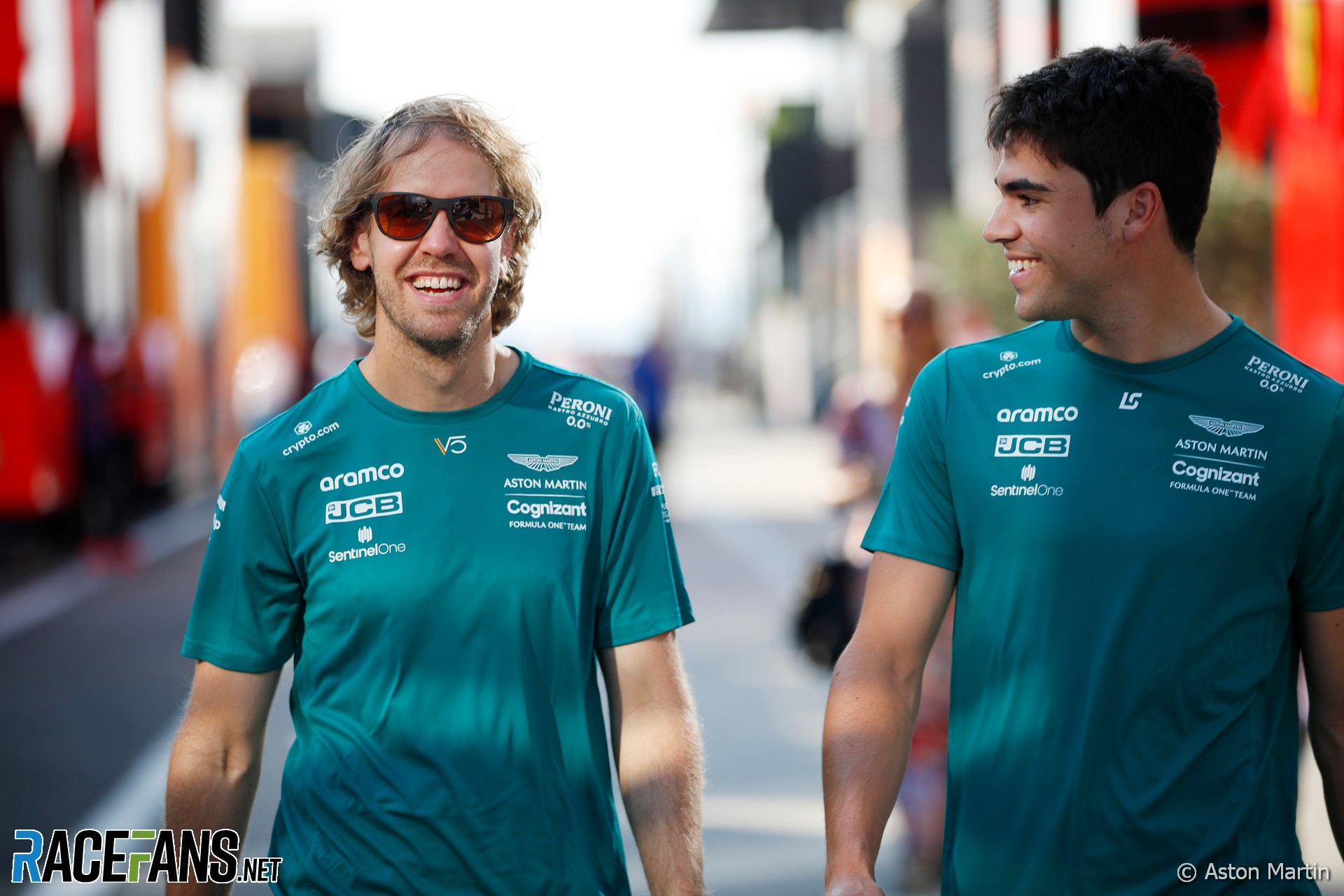 Sebastian Vettel has decided to hang up his helmet at the end of the season. It’s a decision which would likely have been received very differently had he taken it two years ago.

Back then,Vettel was on his way out of Ferrari after Charles Leclerc had wrecked the four-time champion’s claim to be the team’s top driver. Over his final season in red, Vettel was out-scored by his team mate by a ratio of nearly three to one.

He fared better against Lance Stroll at Aston Martin last year and little has changed this year. However the team has taken another step backwards in competitiveness, so the pair are fighting over fewer points than before.

Stroll has managed four points-scoring finishes, all for 10th place and a single point each time. Vettel has done slightly better, climbing as high as sixth in Baku (also the scene of his best finish last year), giving him a clear lead over his team mate in the championship.

This is generally reflective of the balance of power between the pair. Stroll, in a pattern we have seen throughout his career, fared better on race day than he does over a single lap in qualifying, where Vettel’s margin of superiority is greater.

If things stay the way they are over the remainder of the season, Vettel’s departure will continue an unfortunate trend for this team. Whenever one of its drivers leaves, it is always the one which has out-performed his team mate.

That was the case for Sergio Perez when the team, then known as Racing Point, cut his contract short by two years in order to make way for Vettel. Perez had conclusively beaten Stroll over their two seasons together.

Stroll arrived at the team at the end of 2018, taking the place of Esteban Ocon. He had out-performed Perez over the previous season, qualifying and finishing ahead of his team mate, though Perez narrowly out-scored him.

The key difference this time is Vettel is leaving of his own choosing, rather than being dropped to make way for another driver. Aston Martin have made another characteristically bold hiring with his replacement, Fernando Alonso, who may prove an even more challenging team mate for Stroll.

Vettel missed the first two races of the season as he tested positive for Covid-19. Nico Hulkenberg was drafted in as his replacement.

Hulkenberg stepped in alongside Lance Stroll for the same reason at two races at Silverstone in 2020. He impressively out-qualified the team’s regular driver for the second of those.

Much the same happened this year, and so the leading Aston Martin on the grid for the season-opening race belonged to Hulkenberg. In Jeddah, a new track for Hulkenberg, Stroll qualified ahead, and he led the cars to the flag in both races.