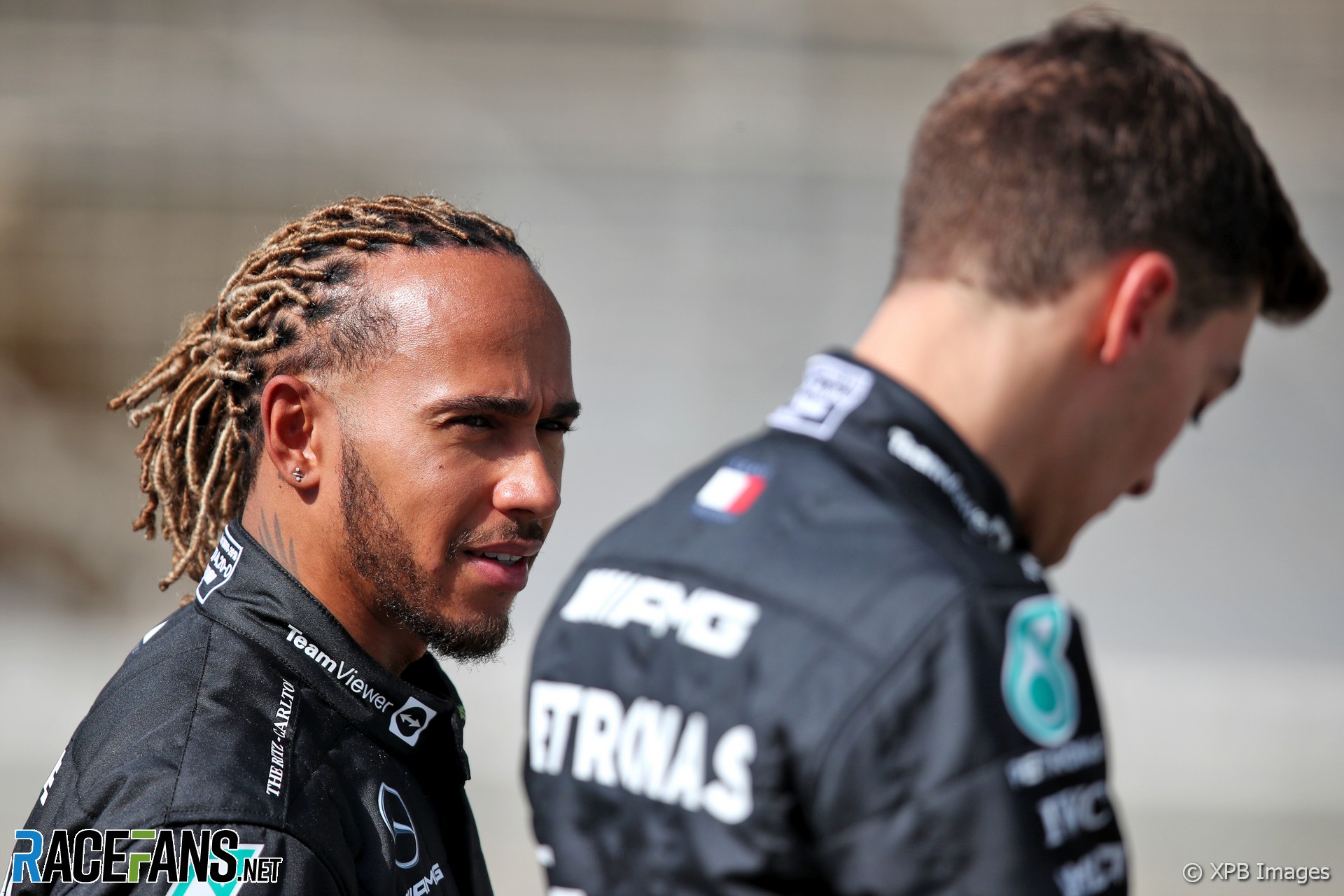 It was a visibly pained Lewis Hamilton that emerged from the cockpit of his Mercedes after the Azerbaijan Grand Prix.

His agony was the consequence of the especially fierce punishment he suffered on the long, bumpy straights of the Circuit Gilles Villeneuve, Montreal, the W13 smashing along its bumps so hard his back eventually went numb.

This was the nadir of Hamilton’s season so far. After Baku he’d been beaten home by his new team mate George Russell for seven consecutive races. Social media’s inexhaustible thirst for knee-jerk punditry was kept well-supplied by critics insisting the seven-times world champion was finished. But just five races later, how they have quietened.

Mercedes appear to have got to the bottom of the porpoising dilemma which plagued them early in the season and begun tapping into the performance offered by the car. Suddenly Hamilton appears to have clicked with the car, and Russell is hardly getting a look in any more.

Circumstances may have tilted the qualifying scoreline – both crashed in Austria and Hamilton’s DRS failed in Hungary – but on race days it’s been all Hamilton. Russell posted the team’s only retirement of the season so far in his start-line tangle with Zhou Guanyu at Silverstone, which for Mercedes had the unfortunate side-effect of neutering Hamilton’s rocketship getaway on the original start.

Even so Hamilton had the pace to keep the front-runners in touch and set the fastest lap in the British Grand Prix. In Hungary too he was potentially quick enough to win had all the stars aligned.

Hamilton’s season has changed as if a switch had been flipped. That is not an entirely inaccurate characterisation of what has actually happened.

Once it became clear Mercedes had got something fundamentally wrong with their new car, the team devoted race weekends to testing purposes, running experiments on their car to amass data. As the team pointed out, these tended to disadvantage one car – Hamilton’s – more than the others. The experiments continued up to the Canadian Grand Prix, where Hamilton turned his season around.

As things stand, 13 races into their first season together, Russell stacks up very well against a driver who represents a vertical leap in competitiveness from his last team mate. He leads on all four metrics, including claiming the majority of Mercedes’ points.

But all four of those measures have narrowed in recent races. If Hamilton continues at his present rate, he will flip them into the kind of scoreline most would have expected to see between the two drivers.

Even so, Russell is acquitting himself extremely well at Mercedes. His remarkable pole position in Hungary was only the latest example of that, pinched from under the noses of two Ferrari drivers who should have taken it, despite the Mercedes being no quicker than them in any single sector.

While Mercedes have clearly produced their least competitive car for many years, they can have few complaints over how well their drivers are using it.