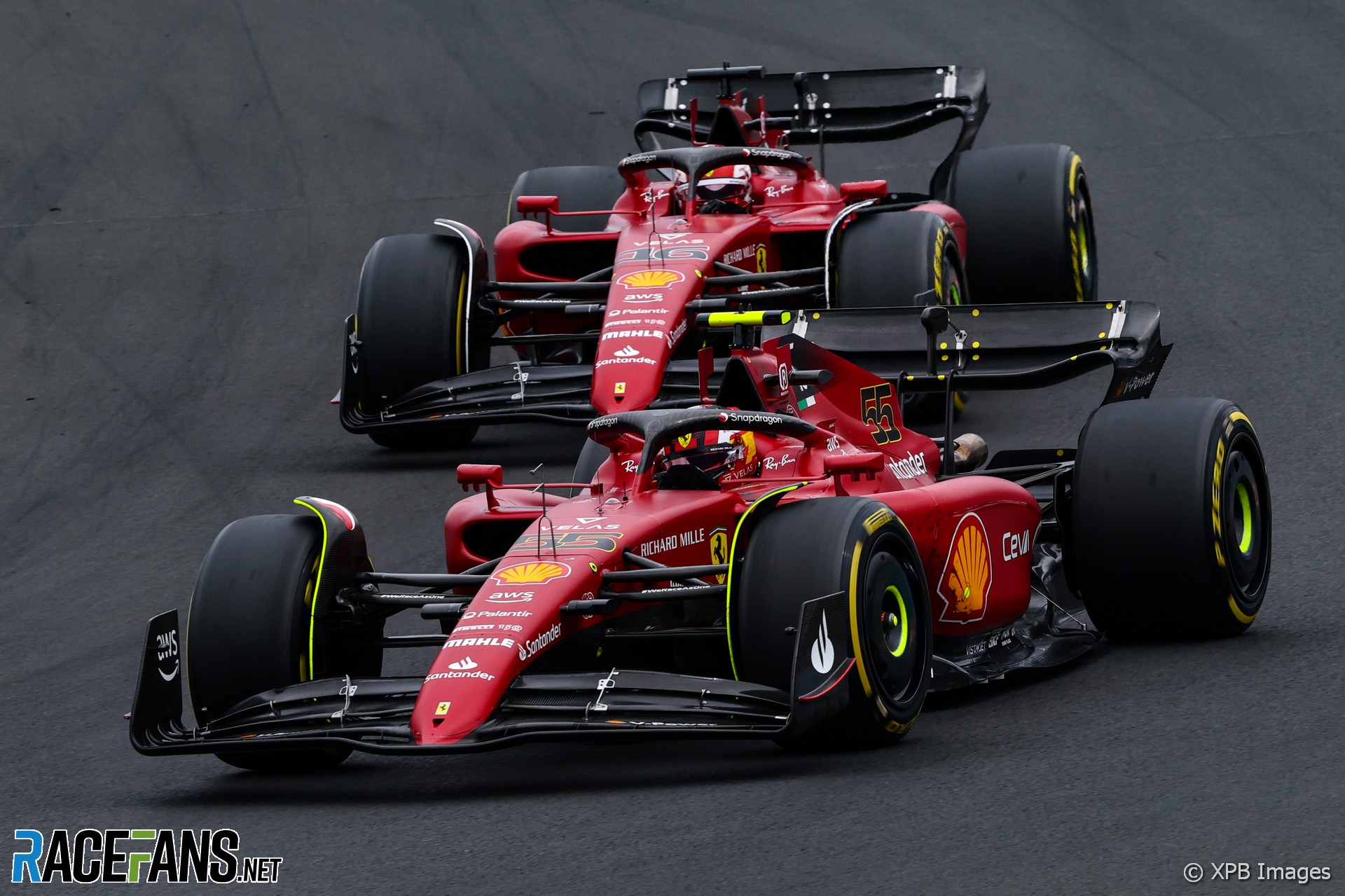 It’s not uncommon for the ‘two’ in a one-two finish to voice some disappointment, and so it was when Carlos Sainz Jnr followed his Ferrari team mate home in the opening race of 2022.

Before the Safety Car came out late in the race, Charles Leclerc built up a lead of around 20 seconds over his pursuing team mate, who afterwards admitted he wasn’t fully comfortable in the F1-75 yet.

The following races showed he was hardly exaggerating. Sainz started in the midfield in Melbourne and spun out early on. At the next race he tangled with Daniel Ricciardo at the start and chalked up another retirement. There was a spin in Spain and a practice smash in Miami. Meanwhile Leclerc sprinted away to a healthy early championship lead.

Reliability problems and strategy errors went a long way towards erasing Ferrari’s advantage over Red Bull. But another problem for Leclerc has been the growing competitiveness of his team mate. While Sergio Perez has fallen away from Max Verstappen, Sainz is increasingly a problem Leclerc has to deal with on-track.

This was especially clear at Silverstone, where Leclerc spent around 20 laps urging his team to move Sainz out of his way. The pair cost each other time in the Austrian Grand Prix sprint race as well. Ferrari’s willingness to let their drivers fight for position is commendable, but it stands in contrast to Red Bull’s readiness to call on Perez to play the team game.

Sainz has also brought himself into contention by prodding the Ferrari pit wall in the right direction when needed. While Leclerc wasted time switching to intermediates in Monaco, Sainz agitated his team not to make the same decision. At the last race in Hungary it was Leclerc, not Sainz, who ended up on the hard tyres which ruined his race, and no doubt left him wishing he’d been more forceful on the radio.

But the underlying problem for Leclerc is that his team mate has found his form. Sainz out-scored him in their first year together last season, and while that looked unlikely to recur half-a-dozen races into 2022, only 18 points separate them now.

Leclerc’s title hopes lie in tatters as the last race has left him with an 80-point deficit to Verstappen. If he is to have any chance of closing on the Red Bull driver, he first needs to beat his team mate, and that has become much more difficult in the last few races.