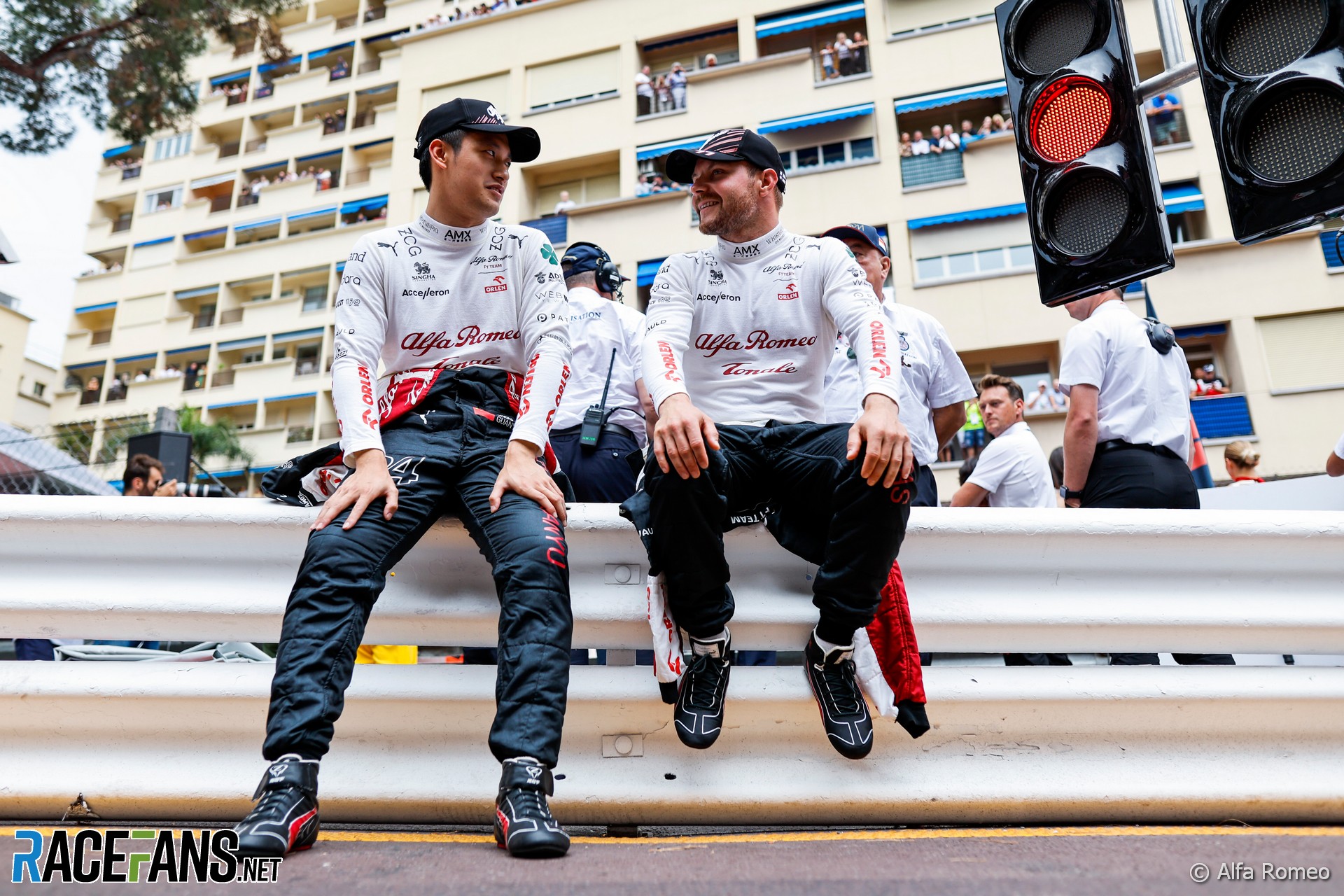 While the raw numbers show a wide gap between Zhou Guanyu – the only rookie on the grid this year – and team mate Valtteri Bottas, this is far from the whole story.

While Zhou wasn’t able to match the one-lap pace of his considerably more experienced team mate at first, he’s shown improvements on Saturdays and his race day performances have been solid. Unfortunately, it’s his car which has proved the weak link.

Zhou’s C42 let him down in Miami, Catalunya, Baku and Paul Ricard, giving him the worst retirement rate due to technical failures of all 20 drivers.

His only other retirement came at Silverstone, in a spectacular and terrifying crash for which he was completely blameless. It was also unfortunately-timed, as it came after he achieved his best starting position to date and in the third consecutive race in which he out-qualified Bottas. He hasn’t been able to recapture that form since his shunt.

It hardly seems fair that having grabbed a point on his debut in Bahrain, and come within one place of scoring in the next two races, Zhou has only added to his tally once since, with eighth place in the Canadian Grand Prix. Moreover, as his performances have improved, Alfa Romeo have declined in competitiveness compared to the rest of the field. Bottas was a consistent points-scorer in the opening rounds, but even he has taken points only once in the past six races.

The team brought some upgrades to the last round in Hungary, but only had enough for Bottas. He beat Zhou to the final place in Q3 by a tenth of a second, and afterwards predicted his team mate would have also reached the top 10 if he’d had the upgrade too.

Alfa Romeo’s decision to hire Zhou last year over the likes of Formula 2 champion Oscar Piastri prompted many critical comments. But those who think his 17th place in the championship justifies that scepticism need to take a closer look at his form before jumping to conclusions. For the only first-year driver in the field up against a 10-time grand prix winner, Zhou has given a decent account of himself.