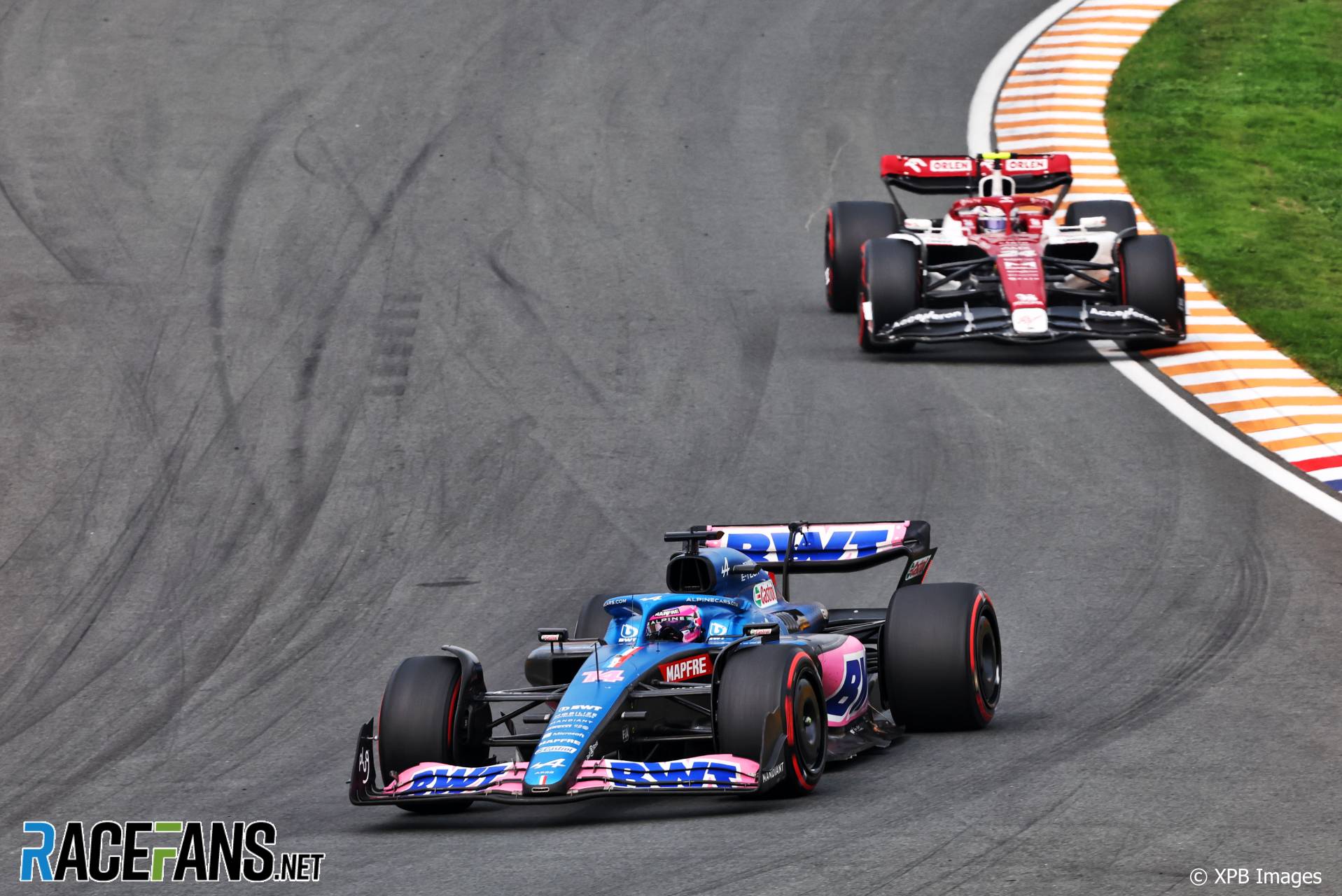 Fernando Alonso said his run to sixth place in the Dutch Grand Prix was “one of his best” performances of the year.

The Alpine driver rose up the order from 13th on the grid by passing the AlphaTauris in the opening laps then making an early switch to hard tyres.

“It was for sure 70 laps of qualifying today because we could not relax at any point,” he said. “The start was good, but I lost places on the outside of one so I had to fight very hard to recover some.”

He made a “very early” switch to the hard tyre “because we wanted some clear air in front of us and it was working,” he explained. “We had to push very hard to make that middle stint work.”

As he didn’t make it into Q3 in qualifying, Alonso had a fresh set of soft tyres for his final stint. But soon after he put them on, the Safety Car was deployed.

“When we thought that it was more relaxed part of the race at the end with a good, fresh soft tyre, the Safety Car came and we had to fight again all the last 12 laps. So it was a very demanding race for sure.”

He tried to avoid becoming embroiled in the fight between Sergio Perez and Carlos Sainz Jnr for fifth place as he knew the latter would take a time penalty after the chequered flag. Alonso benefited from a similar situation with Charles Leclerc a week earlier at Spa.

“I knew that Carlos had the five-second penalty, so I didn’t want to fight too hard and there could have been problems with the car behind,” he said. “But I think it was a good race and another position gained at the end. In Spa, one [spot] from Ferrari and one here also from Ferrari so we gain always one position.”