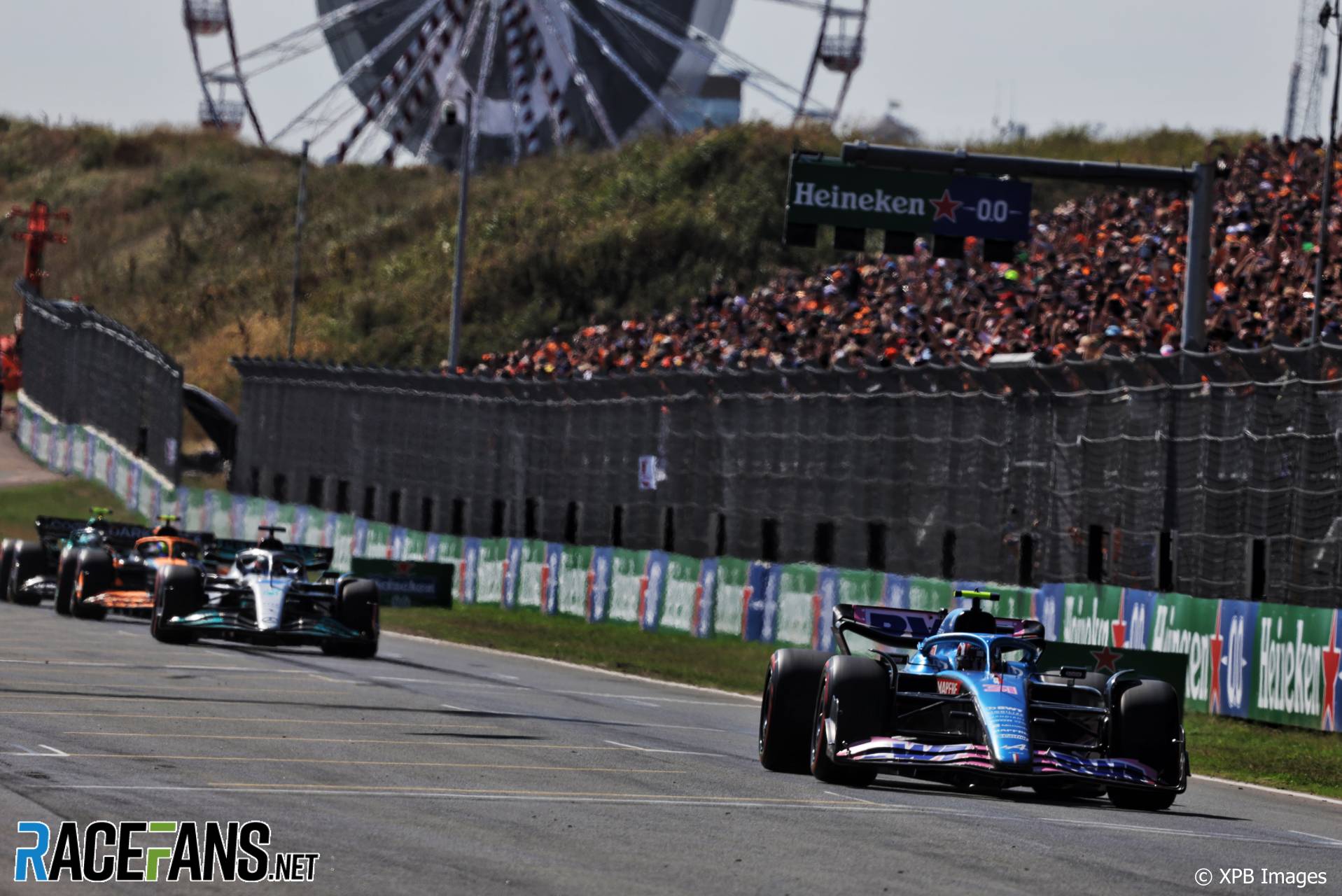 Alpine continued to extend their advantage over McLaren in the battle for fourth in the constructors’ championship with a double points finish at Zandvoort, and the team’s drivers are hopeful of doing the same this weekend.

“We have low drag in this car it seems,” he explained. “Especially compared to McLaren, we seem quite good on these long straight circuits.

“So let’s see [at Monza]. I want to keep going in the points. This was the 10th consecutive race in the points, so let’s make 11.”

Esteban Ocon started ahead of Alonso on Sunday but finished behind his team mate, saying he “lost a good eight or nine seconds in the beginning” of the race trying to prolong his opening soft tyre stint.

“It’s a bit of a shame, but it’s still a good recovery,” he said. “Coming back with both cars into the points from where we were, it’s a solid effort but, today there was much more possible on the table.”

“Sixth was definitely [possible],” he added. “So that’s what we are going to try to chase again in Monza.”

Alpine have now drawn 24 points ahead of McLaren in the constructors’ standings, which Ocon calls a “very, very satisfying” gap.

“We were clearly not at ease [at Zandvoort] in comparison to the McLarens, but we still managed to out-score them. So it’s very positive. But we could have out-scored them more. That’s what I see.”

Ocon also sees an opportunity to grow that gap further at Monza. “Hopefully, it will be as strong as Spa-Francorchamps. If we look at last year, Monza was a place that we were not as quick as Spa. So hopefully we can turn these things around and get some stronger qualifying and race pace together.”