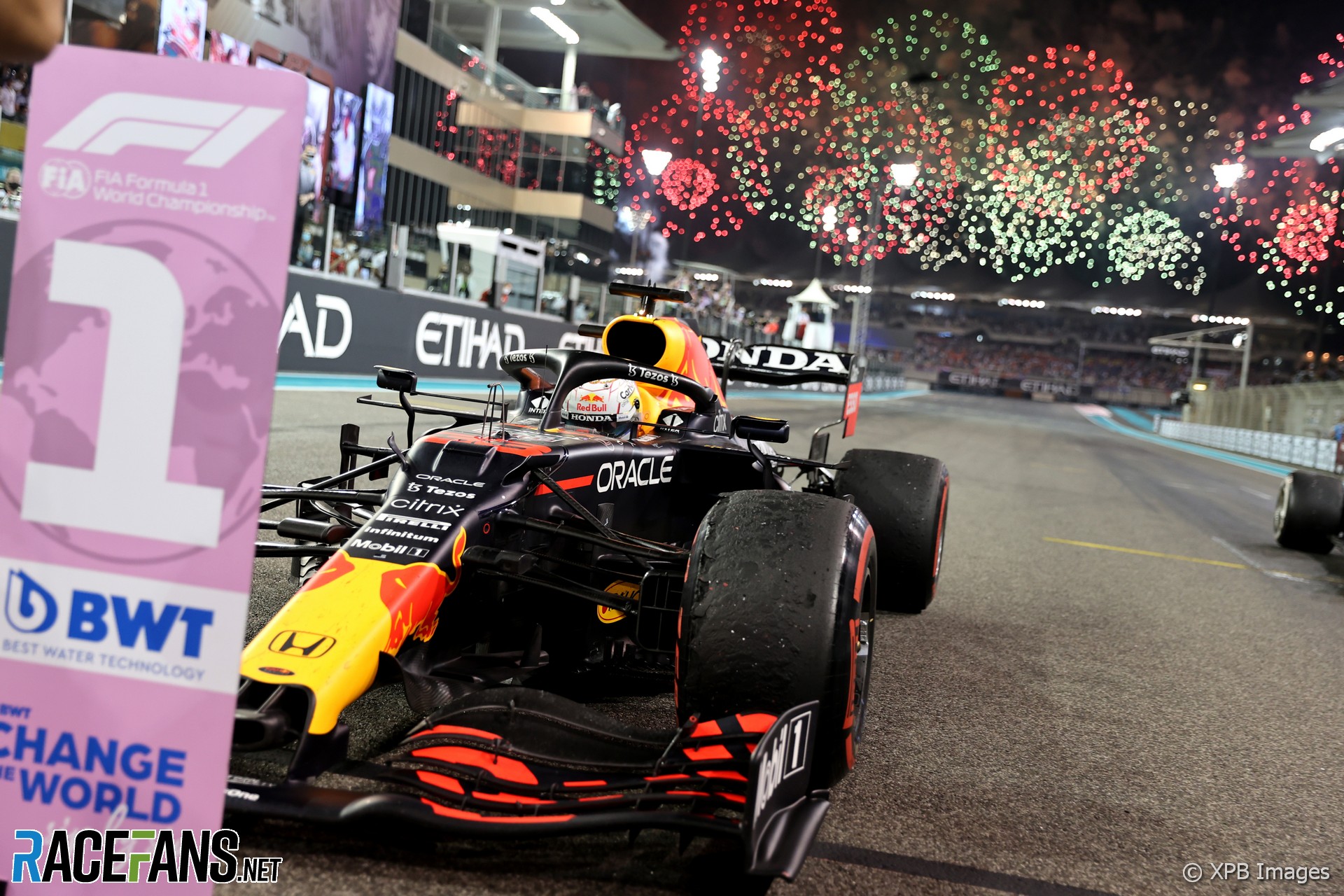 After weeks of discussions with Red Bull, the FIA have confirmed the outcome of their Accepted Breach Agreement with the team and the $7m fine they have been handed for over-spending on the 2021 budget cap.

The team, who took Max Verstappen to the 2021 drivers’ championship and finished second in the constructors’ championship behind winners Mercedes, claimed they had been below the cost cap. They expressed their “surprise and disappointment” when the sport’s governing body confirmed they had not certified the team as complying with last year’s $145m budget restriction.

However, the team signed an Accepted Breach Agreement with the FIA on Wednesday, accepting they had breached the cap by a total of £1,864,000, or a 1.6% overspend. As a result, they agreed to the FIA’s punishment of a $7m (£6,059,092) fine and a ten percent reduction of their allotted wind tunnel and CFD development time for the 2023 season. Red Bull must also cover the costs incurred by the FIA to investigate the overspend and draw up the Accepted Breach Agreement.

While Red Bull are the only one of the ten F1 teams to have been deemed to have failed to stick to the 2021 budget cap, they are not the only teams to have been fined for breaching procedure. Earlier this year, Williams were handed a $25,000 penalty after they alerted the FIA to an error in submitting their accounts for the 2021 season by the deadline. The team accepted an Accepted Breach Agreement and rectified their error to the FIA’s satisfaction, but were fined $25,000 (£21,583) as a result.

Red Bull’s $7m is the second-largest issued by the FIA in the history of Formula 1. The most outstanding fine ever issued in Formula 1 history is the eye-watering $100m penalty handed to McLaren in 2007 over the ‘Spygate’ affair. The FIA found that the team, which were fighting for that season’s drivers’ and constructors’ championships, had been in possession of sensitive Ferrari technical data leaked by former engineer Nigel Stepney.

FIA fines rarely exceed six figures. But one notable occasion of a multi-million dollar fine being levied occured in 2006. The organisers of the Turkish Grand Prix were fined $5 million after a representative of the self-declared Turkish Republic of Northern Cyprus, a disputed region which is only recognised by Turkey, was involved in the podium ceremony. The fine was later halved.

Just three years after McLaren’s disqualification, the ill-fated USF1 team copped a six-figure fined for failing to make good on its plans to enter the series. were an unusual recipient of one. The team had been granted an entry into the 2010 world championship season as one of four new teams permitted to join the world championship that season alongside Lotus, Virgin and HRT under original plans for a budget cap, which were later scrapped.

USF1 failed to construct a car for pre-season testing and attempted to have its entry deferred a year to 2011, which was denied. The team failed to race in the 2010 season and were disqualified from the championship entirely, earning a €309,000 (£265,502) fine for good measure.

Most recently, the biggest fine issued by the FIA was to the Racing Point team – now Aston Martin – following a row in 2020 over the team’s brakes. For three consecutive races in the early phase of the championship rivals Renault – now Alpine – issued protests against Racing Point, objecting to the team’s brake ducts, which Renault claimed were copies of Mercedes’ championship-winning W10 from the previous season. While the team had suspicions many other parts may have been copied from Mercedes, Renault’s approach of protesting only the part most likely to be deemed a copy succeeded, with Racing Point fined €400,000 and deducted 15 constructors’ championship points.

So far in 2022, the single biggest fines issued by FIA stewards were both fines of €25,000 to Ferrari, for an impeding incident involving Carlos Sainz Jnr in Monaco, and to Mercedes, for an inaccurate declaration form submitted by the team in Singapore regarding Hamilton’s body piercing. But there are many incidents in the recent history of Formula 1 that have earned even steeper fines.

Ferrari are also no stranger to copping fines. The horrifying scene in the 2018 Bahrain Grand Prix when a Ferrari mechanic was struck by Kimi Raikkonen during a botched pit stop, leaving him with a broken leg, earned Ferrari a €50,000 fine for an unsafe release. A year later, Ferrari were charged that same amount by the stewards again at the season-ending Abu Dhabi Grand Prix when they overstated how much fuel was in Charles Leclerc’s car by almost five kilograms in an official declaration, leading to another €50,000 penalty.

Formula 1’s introduction of a financial cap may be relatively rare in motorsport – Formula E being a notable exception – but salary caps are commonplace in many major field sports across the world. In North America, three of the four major sports leagues – NFL football, NBA basketball and NHL ice hockey – all feature salary caps which restrict teams to how much they can spend on player salaries over the course of a season.

However, teams are free to spend whatever they wish on operations outside of player salaries. This is the inverse approach to Formula 1, where driver salaries are unrestricted, as are the top three highest-paid personnel salaries for each team, with all other salaries adding towards the cap.

Two notable examples of teams falling foul of salary cap rules feature the two main codes of rugby. Earlier this year in the British rugby union Premiership, the Leicester Tigers team were fined a total of just over £300,000 for repeated salary cap breaches due to undisclosed payments that otherwise would have counted towards the cap. In rugby league, the Australian National Rugby League side Melbourne Storm were found guilty of an egregious, deliberate manipulation of the league’s salary cap over multiple seasons between 2006 and 2010. The Storm, who had won multiple league titles in that period, were retroactively stripped of their championships as a result.

As Red Bull’s overspend was well under the 5% threshold that classed its breach as a ‘minor’ infringement rather than a ‘material’ overspend, they were never at risk of a penalty as severe as exclusion from the championship. Last weekend, Red Bull secured the 2022 constructors’ title at the United States Grand Prix – the team’s first since 2013 and becoming the first team other than Mercedes to take the constructors’ crown since the introduction of the V6 turbo formula in 2014.