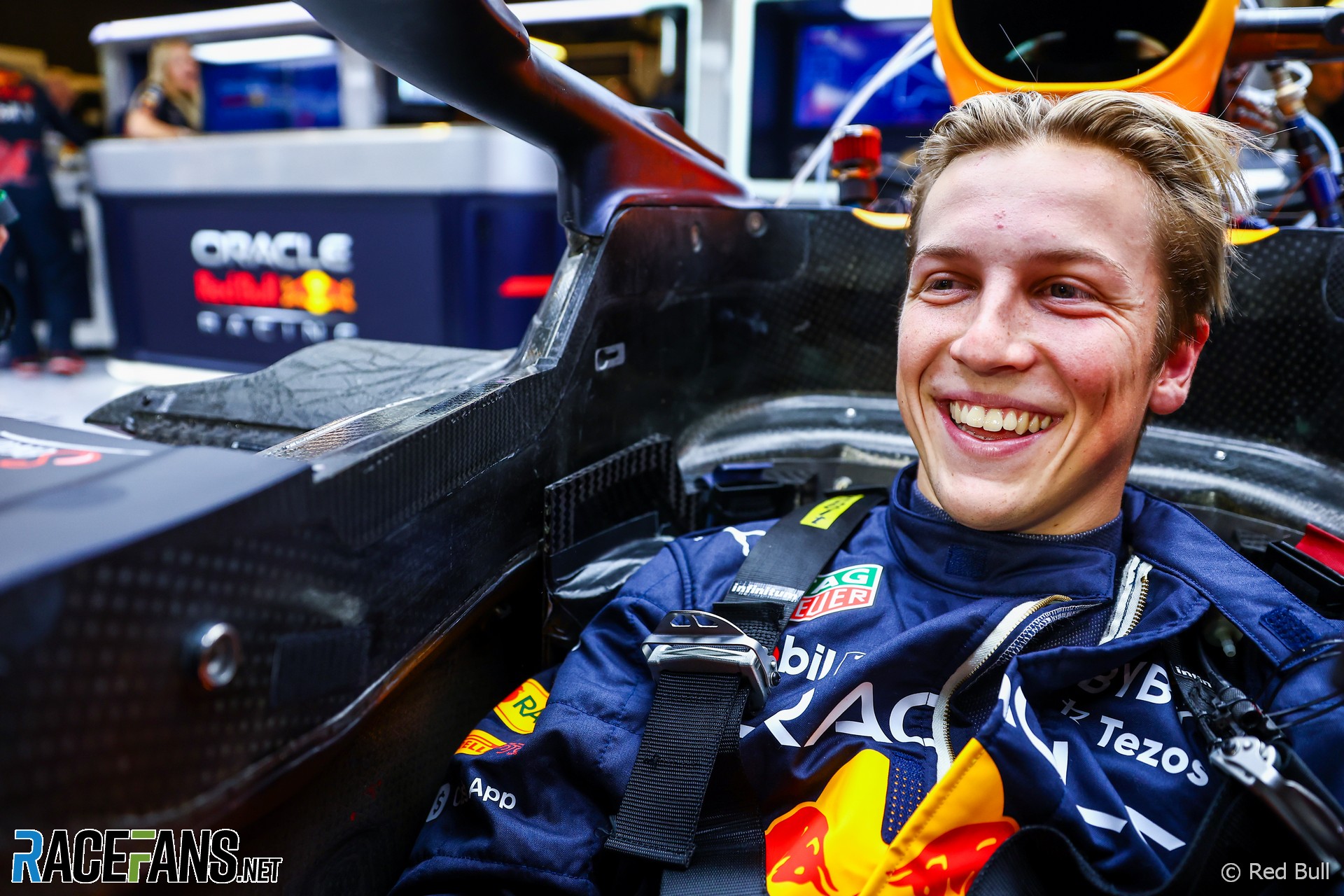 Verstappen has to sit out tomorrow’s opening hour of practice in order for Red Bull to comply with new regulations introduced for this season which requires them to run an inexperienced driver in each of their cars in at least one session over the course of the season.

Sergio Perez sat out first practice for the Spanish Grand Prix in May. Juri Vips drove his car but was dropped as Red Bull’s test and reserve driver the following month after using a racial slur during a live broadcast.

Lawson was installed as Vips’ replacement and has driven in practice for AlphaTauri twice already this year, though he did not cover the 100 kilometres required to score an FIA superlicence point on either occasion. He will also compete in this weekend’s Formula 2 round at the circuit, where he lies seventh in the standings.

Five other teams will also fulfil their requirement to run two junior drivers over the season this weekend. Pato O’Ward will make his first appearance in an official F1 session at the wheel of Lando Norris’ McLaren. Another debutant, Felipe Drugovich, will be at the wheel of Lance Stroll’s Aston Martin.