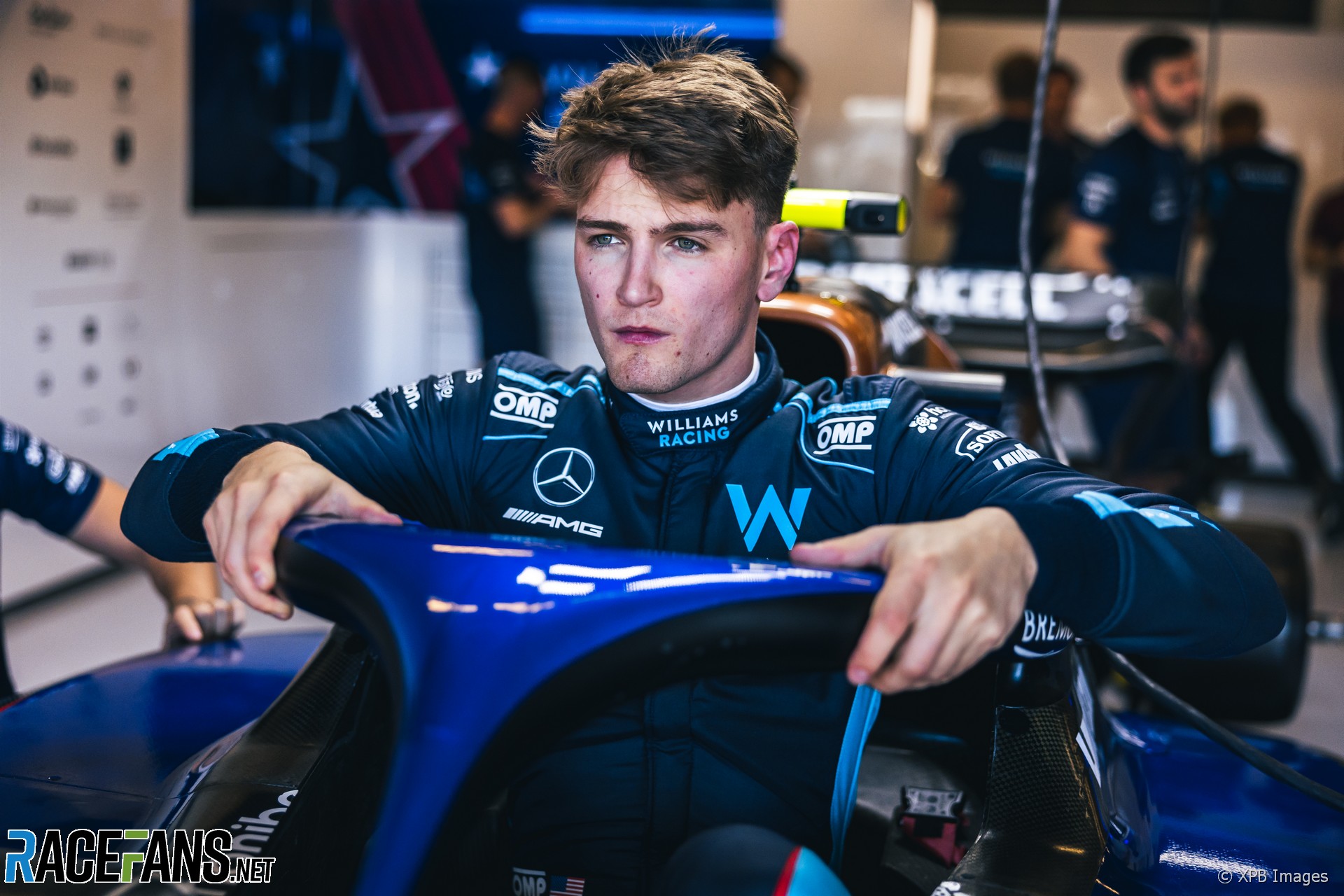 Williams has confirmed their junior driver Logan Sargeant will race for them in Formula 1 next season after he successfully secured enough points for his FIA superlicence.

Sargeant will become the first American driver to race full time in Formula 1 since Scott Speed competed for Toro Rosso – now AlphaTauri – across the 2026 and 2007 seasons. He will be only the fourth American to race in Formula one over the last 30 years.

After joining the Williams driver academy during his final season in FIA Formula 3 in 2021, Sargeant moved into Formula 2 for 2022, taking two race wins, four podium finishes and claiming rookie of the year honours. He was also given four Friday practice runs for Williams in the United States, Mexican, Brazilian and Abu Dhabi grands prix.

Prior to the final round of the F2 season in Abu Dhabi, Williams announced they would promote Sargeant into an F1 race seat for 2023, subject to him acquiring the required superlicence qualification points. After finishing the Abu Dhabi round in fourth place in the standings, Sargeant ensured his superlicence eligibility.

Williams CEO Jost Capito formally confirmed that Sargeant will race alongside Alexander Albon for the team in 2023, replacing Nicholas Latifi.

“Since joining our driver academy at the end of 2021, Logan has been able to fully integrate with the team at Grove while on the simulator and more recently at the track during the four free practice sessions he’s participated in,” said Capito.

“He’s had a strong rookie season in Formula 2, and we are excited to watch him make the step up in Formula 1. We are here to support that journey with him.”

Sargeant said it was a “dream come true” to have the opportunity to race in Formula 1 after joining Williams as a junior in late 2021. “I’m ready and excited to be a part of this journey as the team looks to progress up the grid,”

Asked by RaceFans how he had developed during his time as a Williams academy driver, Sargeant said his Friday practice runs and participation in tomorrow’s post-season test day are crucial to preparing him to step up into Formula 1.

“I think one of the biggest things with that is obviously I’ve gone through an entire Formula 2 season,” Sargeant said. “I’ve learnt a lot this year and in all aspects really about myself, race pace, race craft. Just driving a bigger and more powerful car as well.

“But the most important is the amount of time that I’ve spent on the Formula 1 simulator, the FP1 runs I’ve done as of late and coming into this last test. That’s what really gives me the chance to push out of my comfort zone and improve the most.”

Formula 1 expended its reach in the United States by adding a second race in Miami this year. A third US round in Las Vegas appears on the 2023 F1 calendar. But Sargeant does not believe he has been given the opportunity to race in Formula 1 solely because of his nationality.

“I like to think it’s just a happy coincidence,” Sargeant said. “I’ve put in the hard work over the past however many years, made the commitments and moved to Europe when I was young to make this dream a reality. I feel like I’ve had a very good junior formula career and I’m just looking forward to closing that chapter and moving onto the next.”

Sargeant says he does not feel any additional pressure to succeed in his rookie season due to his status as the first full time F1 driver from the United States for 15 years.

“I feel like at the end of the day, I’ve put in as much hard work as anyone else to reach this point,” he said.

“I just have to look at it as prepare the best I possibly can to be the best driver I can possibly be next year. And hopefully I can represent well and make them proud. But I don’t think it’s any extra pressure. I have high expectations for myself as it is.”

View the current list of 2023 F1 drivers and teams