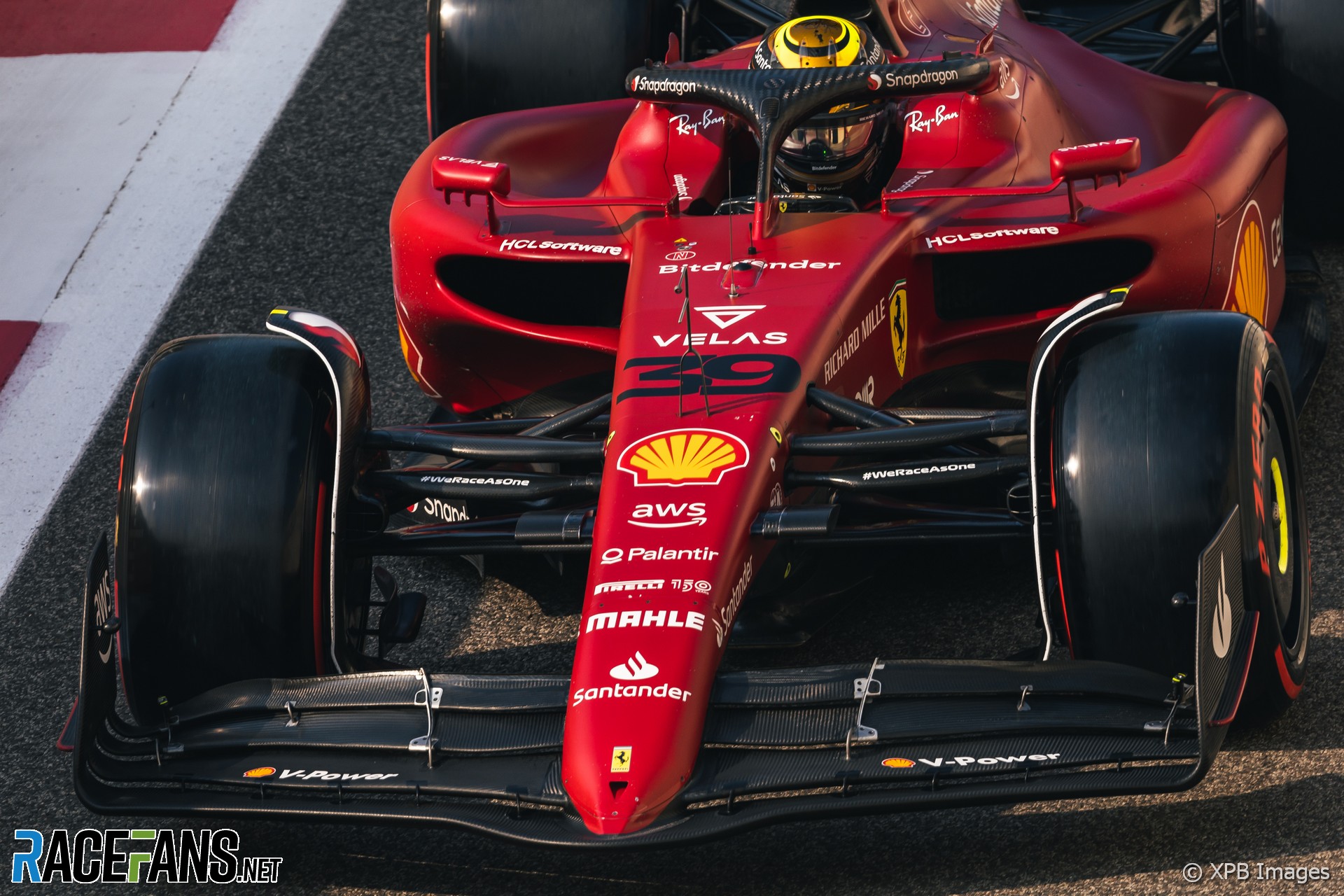 The day ran as a single nine-hour session, and with each team able to run two cars. One was specifically for a driver with less than three grand prix starts to their name, and the other was to used primarily for testing prototypes of Pirelli’s 2023 tyres.

Ferrari ran their junior Robert Shwartzman in their ‘young driver’ car, while their usual race weekend line-up shared the second vehicle. Charles Leclerc ran the majority of the day before handing over to Carlos Sainz Jnr for the final three-and-a-half hours.

Sainz set the fastest lap, on a more rubbered-in track, with a 1:25’245 effort which put him 0.138 seconds ahead of Leclerc, but almost one-and-a-half seconds off Max Verstappen’s pole position time from last weekend. Sainz also covered more laps than Leclerc, 65 to his team mate’s 56.

Leclerc had lost useful track time earlier in the day due to yellow and red flags. New AlphaTauri signing Nyck de Vries, Red Bull’s reserve driver Liam Lawson and Shwartzman – who was third fastest overall – had spins early on, then Oscar Piastri caused a stoppage when his McLaren stopped on track.

There was a later red flag period for debris too, before the handovers at several teams. Fernando Alonso, driving a sponsor-free Aston Martin as he remains contracted as an Alpine driver, got out of his car so Lance Stroll could drive it. Sergio Perez gave up his Red Bull to Max Verstappen and Mercedes swapped George Russell for Lewis Hamilton.

Pierre Gasly got his first taste of life as an Alpine driver, in unbranded overalls, by going fourth-fastest ahead of Verstappen plus new Williams duo Alex Albon and Logan Sargeant. De Vries had a productive start to his time at AlphaTauri, as he set more laps than anyone else and was eighth-fastest.

10 comments on “Sainz, Leclerc and Shwartzman fill top three for Ferrari in final F1 test of 2022”