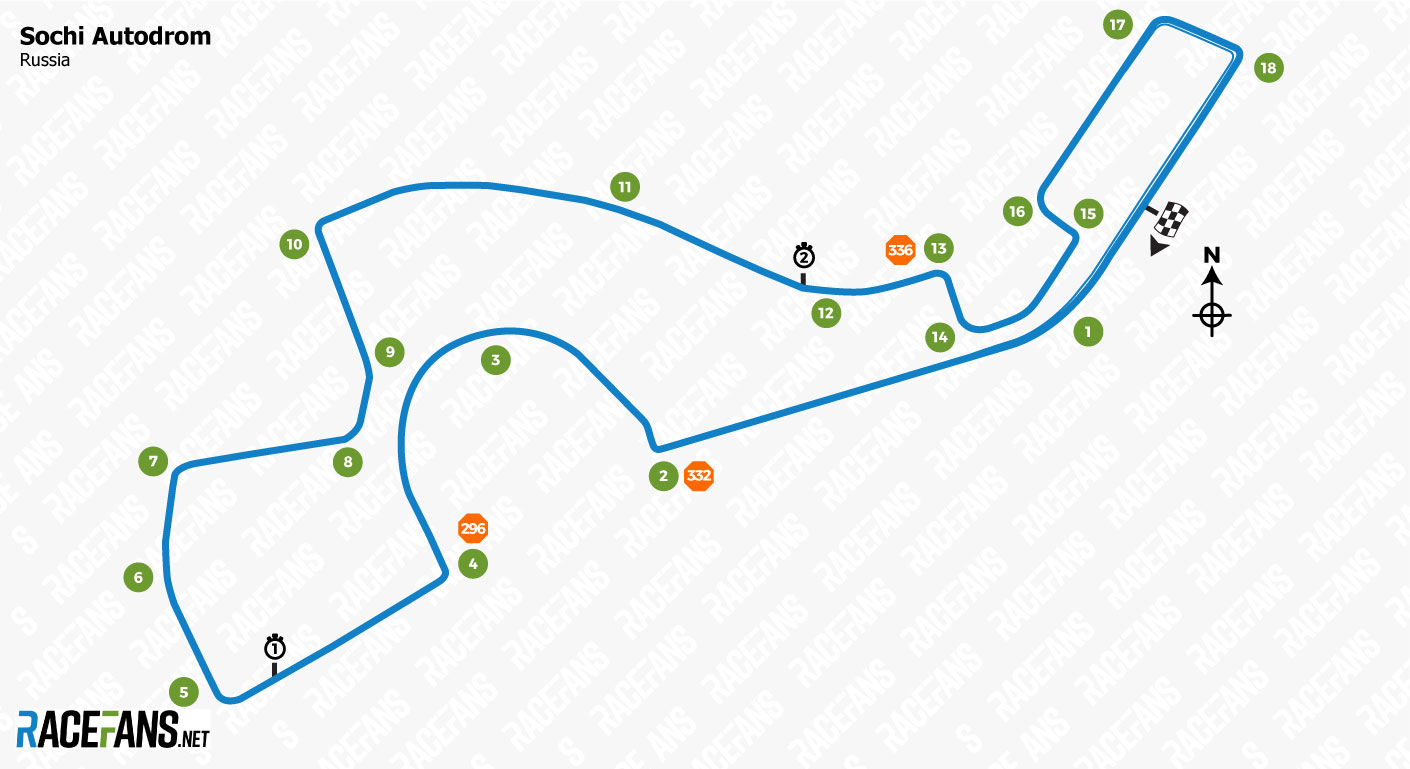 The Sochi Autodrom held Russia’s first round of the world championship in 2014.

The 5.853km (3.64-mile) street course has 18 turns and uses roads around the site where was used for the Winter Olympic Games earlier in the same year.

Many of its corners are 90-degree turns. Its most distinctive corner, turn four, is a 180-degree left-hand turn which drivers accelerate throughout.

The first sector includes a long, curved run to the first significant corner, turn two. From the grid to the first braking zone drivers cover almost 900 metres, and as a result the first corner of the race has seen several incidents.

To prevent drivers gaining an advantage by leaving the track at turns two and 18, Formula 1 imposes restrictions on track limits.

At turn two, drivers must rejoin the track by passing between a series of blocks if they touch or pass to the left of the first orange kerb before the apex or to the left of the apex kerb. Drivers lap times will be invalidated if they fail to comply with this rule, or if they cut behind the red and white painted kerb at turn 18.