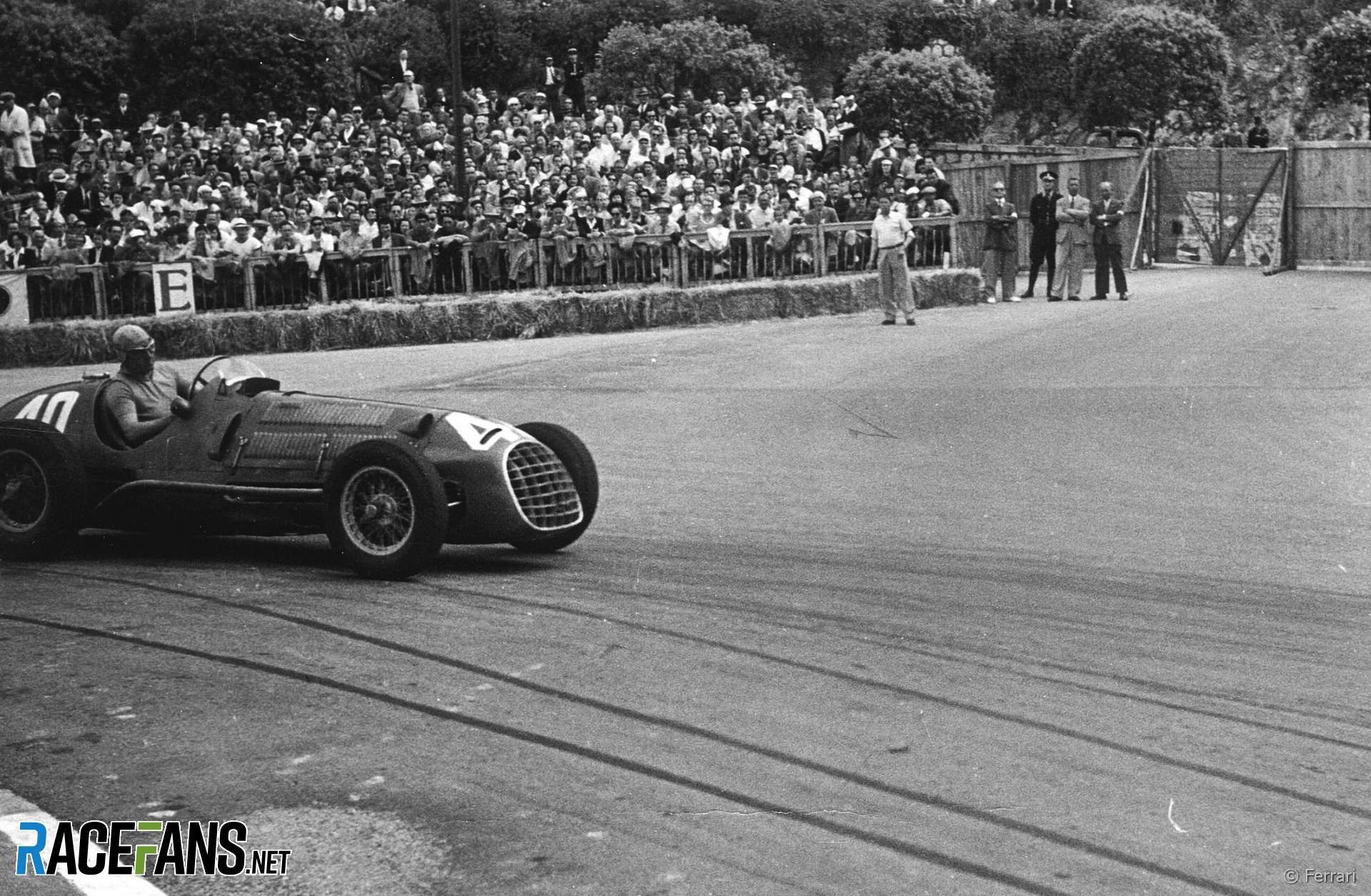 Alberto Ascari won the world championship twice and a record of nine consecutive world champions race wins that has never been beaten. Between the Belgian Grands Prix of 1952 and 1953 no-one else won a round of the championship (apart from the Indianapolis 500, which he did not contest).

These were the two championship years he laid claim to, winning both for Ferrari.

He intended to drive for Lancia in 1954 but as his new car was delayed he made a series of appearances for Ferrari and Maserati – but failed to score any points. However he did triumph in the Mille Miglia.

In 1955 he had a lucky escape when he crashed into the Monaco harbour and survived. But five days later he was not so lucky: testing a Ferrari sports car for the Supercortemaggiore race he crashed and died at Monza, at the corner which is now named after him.