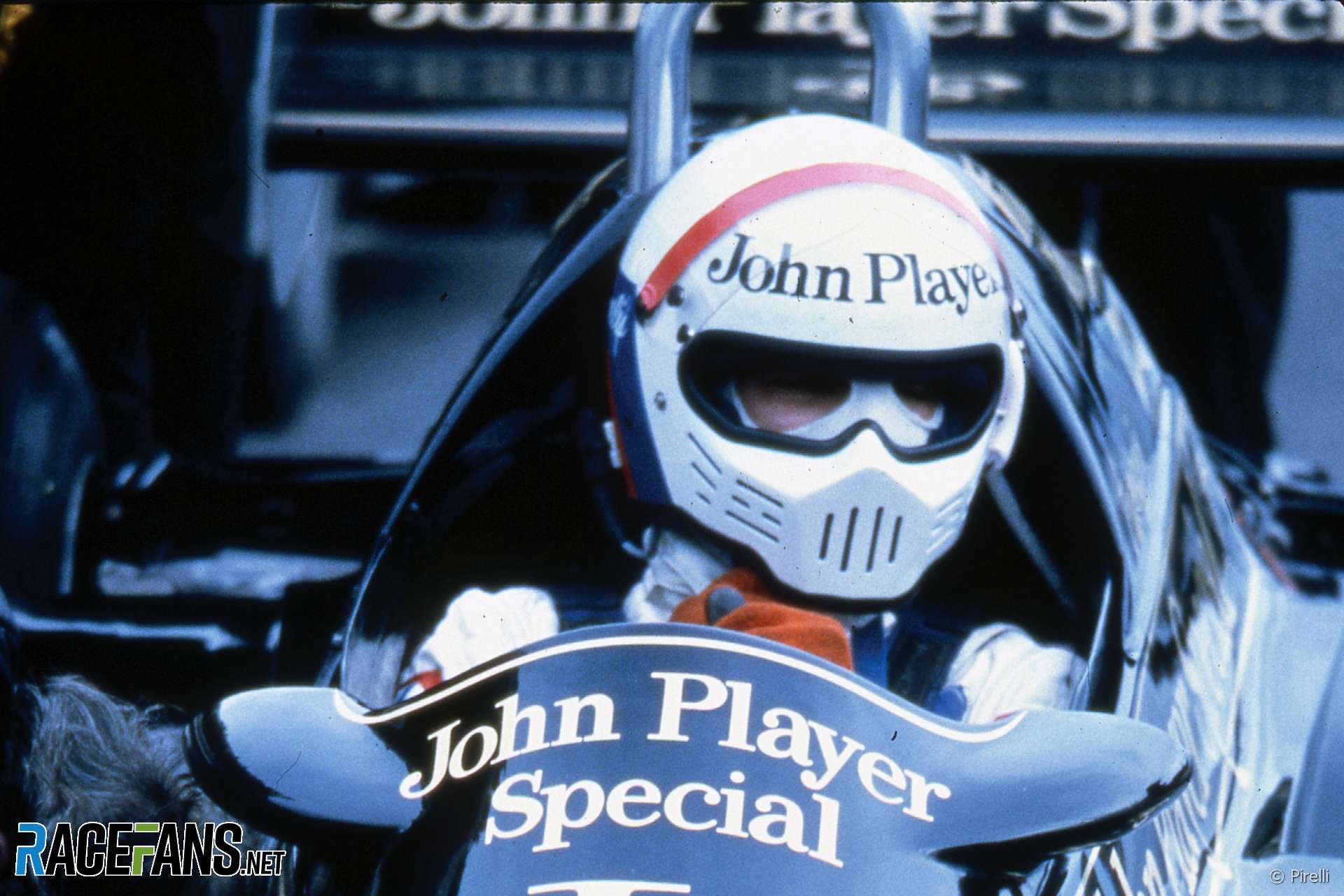 Elio de Angelis made his F1 debut for Shadow in 1979 aged just 20 – a young start at the time. But he’d already won the Italian Formula Three championship two years earlier, denying Piercarlo Ghinzani in the final round, and won the prestigious Monaco F3 race.

Although Shadow had won a race as recently as two years earlier, the team struggled throughout 1978 with its DN9 and persevered with it into the new season. However De Angelis brought it home seventh on his debut, and after plugging away through a largely fruitless season, scored his first points finish in the Watkins Glen season finale with fourth place.

His efforts attracted the attention of Colin Chapman who brought De Angelis to Lotus in 1980. Suspension failure ended his first start for the team, but he delivered a superb second at Interlagos. It proved the beginning of a long relationship between team and driver.

De Angelis didn’t return to the points until later in the season in Austria, following a heavy crash at Long Beach where he injured his foot. He ended the year fourth at Watkins Glen again and the team seemed to be on an upward trajectory. More consistent points followed in 1981 despite the distraction of the team’s aborted introduction of the banned 88B chassis and a mid-season switch of tyre supplier from Michelin to Goodyear. De Angelis racked up eight points-scoring top-six finishes.

In 1982 the team was increasingly outgunned by its turbo-powered opposition. Reliability was their strength, however, and De Angelis wielded it to good use at the Osterreichring. While the Ferraris, Renaults and Brabhams hit trouble, he beat Keke Rosberg to the line by five-hundreds of a second to score his breakthrough win and Lotus’s first for four years.

It also proved the team’s final win under Chapman, who died of a heart attack in December. A largely fruitless season followed as the team adjusted to life with its new Renault turbo and Pirelli rubber. But De Angelis’s pole position for the penultimate round of the season at Brands Hatch indicated progress was being made.

The 1984 season was a significant improvement. De Angelis consistently finished in the points places and comfortably out-scored team mate Nigel Mansell. Second in the championship at one stage, he ended the year third behind the all-conquering McLaren pair.

It looked like 1985 would be even better when he won round three at Imola – inherited from Alain Prost, who was disqualified for being underweight – and took the lead of the drivers’ championship. But he was increasingly eclipsed by new team mate Ayrton Senna, whose two wins saw him ended the year ahead of de Angelis in the points.

Sensing the team had a new favourite, de Angelis switched to Brabham-BMW for 1986. It was a fateful decision. The low-profile BT55 proved uncompetitive and unreliable. De Angelis had achieved a single, eight-place finish in it when the teams arrived at Paul Ricard for testing.

Heading into the fast Verrerie S-bend, De Angelis suffered a rear wing failure which sent him spinning off the track. The car cleared a barrier, landed upside-down and caught fire. De Angelis, trapped for several minutes in the blaze, was killed. His death outraged and saddened the F1 community, who mourned a much-loved driver.